In a webinar on November 10, Christina Elson, Director of the Wake Forest Center for the Study of Capitalism, and Richard Levick bring together litigation finance experts Rebecca Berrebi, Andrew Cohen, Leslie Perrin, Tim Scrantom, and Ed Truant to discuss the past, present, and future of litigation finance. Tune in at 1 PM for this free virtual event here

Nearly 20 years ago, the first litigation funding concept was developed and marketed out of London. Designed as a way to capitalize litigation, it was first embraced by plaintiff law firms who are dependent largely upon often long delayed contingency fees.

Despite opposition from some business groups, the trend has grown astronomically and has been embraced in many countries, including heavily in the United States and even by corporations and the defense bar, to the point where many large law firms have developed their own funds. There are so many litigation funders now that the market has grown to a point where money is chasing litigation.

Where will this all lead? Will litigation funding revolutionize the practice of law beyond its already significant disruption? What are its impacts on legal strategies, outcomes and even settlement negotiations?

Rebecca Berrebi is the CEO and Founder of Avenue 33, LLC, a litigation finance consultancy. Prior to founding Avenue 33, she 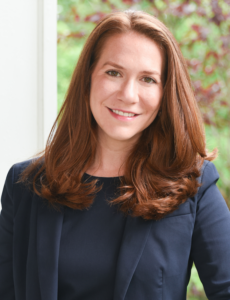 was the Head of Corporate Affairs at a leading litigation/arbitration fund manager with over $2 billion AUM, overseeing dozens of actual and potential cross-border, complex litigation and arbitration finance transactions.  Rebecca has also served on several boards and committees of companies undergoing claims, including as the Co-Chair of the Board of Directors of Eco Oro Minerals Corp. (CSE: EOM).  In addition to her litigation finance experience, Rebecca has also worked in communications and politics, and she has practiced law.  After graduating from Duke University, she worked in the political affairs and public relations industry at Edelman and a U.S. national political campaign.  Upon obtaining her law degree from Benjamin N. Cardozo School of Law, Rebecca practiced as a private equity M&A lawyer at Kirkland & Ellis LLC and in the legal group of a global private equity fund. 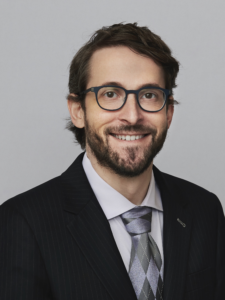 regulatory issues in the legal finance industry. Prior to joining Burford, Mr. Cohen was a litigator at Debevoise & Plimpton, where he specialized in litigation and regulatory matters involving financial institutions and complex financial products, as well as IP matters relating to trademark disputes. He regularly represented financial institutions and public companies before state Attorneys General, the SEC and the DOJ in investigations into complex securities including auction rate securities and MBS, accounting issues and Foreign Corrupt Practices Act violations. Mr. Cohen graduated from Columbia Law School, where he was a Stone Scholar and an editor of the Law Review.

Leslie Perrin is the newly appointed Chairman of ILFA and is the Chairman of Calunius Capital LLP, an office he has held since 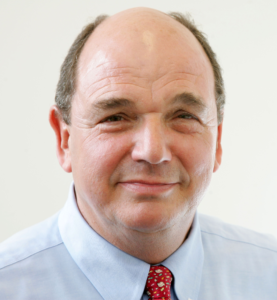 January 2009. Leslie was the Chairman of the Association of Litigation Funders of England and Wales, for almost eight years from its establishment in November 2011 and in that capacity has been and remains deeply involved in the development of litigation funding as an international phenomenon. Leslie has more than 30 years’ experience of litigation markets, having been successively head of litigation, managing partner and senior partner at international law firm, Osborne Clarke. One of his cases still holds the record for a UK jury award of defamation damages against an insured defendant. In other cases, he became recognised as one of the pioneers of group actions in the UK. For nine years until 2015, he acted part-time as the Senior Independent Director of DAS, the UK market leader in legal expenses insurance.

Tim Scrantom, an American lawyer and English barrister, is the Founder and Managing Director of Legis Finance. For over thirty 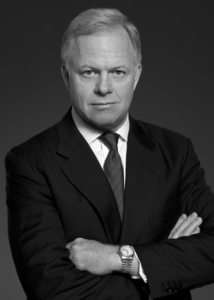 years he has been a law practitioner, law professor, writer and entrepreneur in the international law and finance markets.  Considered a “thought leader” in the commercial claim investment sector, Scrantom conceived and launched Juridica Investments Limited in 2007 and since then he has devoted his time to the rational evolution of the litigation finance industry. Prior to co-founding Juridica, Scrantom was in private practice as a lawyer and an English barrister (member of Gray’s Inn). Tim has degrees from Stetson University (BA), University of Georgia School of Law (JD cum laude), The London School of Economics (LLM) and a diploma from The Hague Academy of International Law.

Ed Truant is the CEO of Slingshot Capital, a resource dedicated to investing in the litigation finance asset class. Ed was a founder of 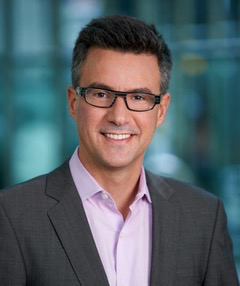 the world’s first litigation finance fund-of-funds and is an active investor, both personally and professionally, in the consumer and commercial litigation finance asset class. His responsibilities included fundraising, deal origination, legal documentation, diligence reviews, tax structuring, financial modelling & analysis, marketing and the administration of the fund. Previously, Ed worked as a Partner at Imperial Capital Group, a Toronto based leveraged buy-out private equity firm where he co-led the acquisitions of Ackerman Security Systems and Lise Watier Cosmetiques Inc. among other investments.  Ed also played a key role in the acquisition of Pacific Coast Publishing, LLC, an independent yellow pages publisher, through parent company YPTel, which was established to facilitate the acquisition. Ed began his accounting career as an audit and a tax specialist with Coopers & Lybrand, an international public accounting firm, where he articled while obtaining his Chartered Accountant designation in 1993. Ed graduated with a BCom from the University of Toronto in 1991, and later obtained his Chartered Business Valuator designation in 1997. Serving as a past director of many private companies, Ed is a member of the Institute of Chartered Accountants of Ontario and the Canadian Institute of Chartered Business Valuators.

Hosts, Richard Levick (Chairman & CEO of LEVICK, the international crisis firm) and Christina Elson (Executive Director of the Center for the Study of Capitalism) will lead the discussion.

PrevPREVIOUSGuest Blog: The Mainstream Media Gets an A for Intellectual Arrogance, an F for Journalism
NEXTGuidance for Corporate Reputation RiskNext