We Are All Elizabeth Holmes 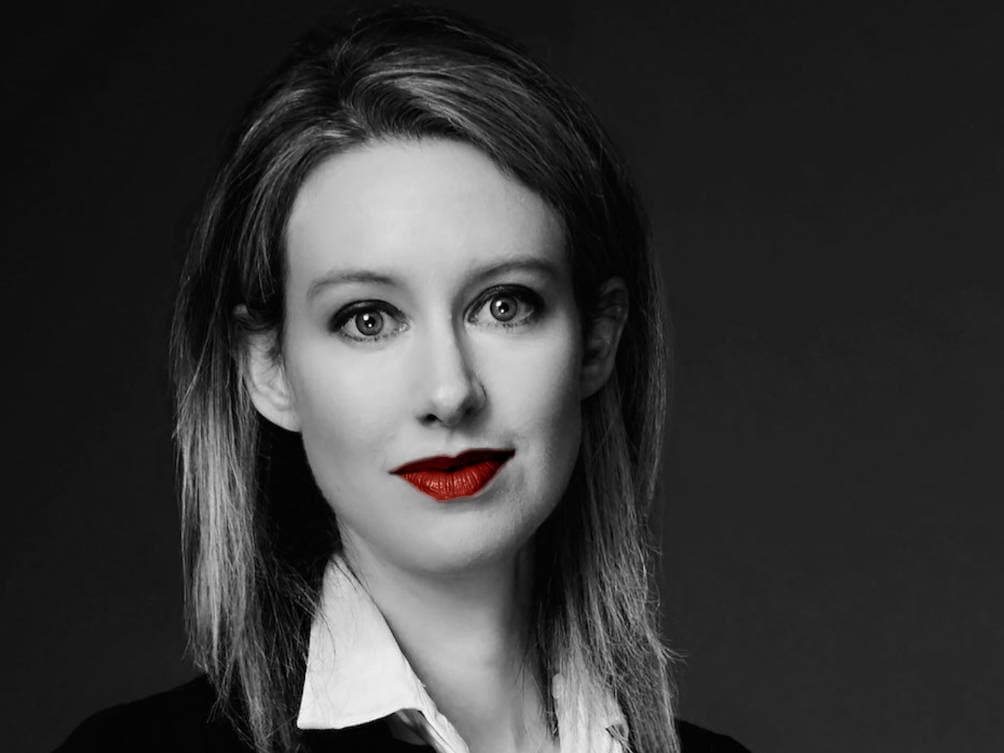 Growing up, watching David Carradine star in the television show Kung Fu in 1972 – a contradiction in and of itself as television networks were then unjustly afraid to have Asians star in Asian roles – was my first introduction to Buddhism. It would expand over the years with reading and 365 daily meditations, though it would never evolve into a full conversion. I am just an endless student. I still find it remarkable that I can read the same meditation year after year and discover something different in it each time I read it. Nothing changes like perspective.

If I become fully devoted to Buddhism, will I never again walk on the grass for fear of the insects I would kill? This realization is made worse by the fact that we can now record the music that plants make as they synthesize, converting light into chemical energy. Our very being is damaging to something.

Is it enough to remove the insects from my home to the outside and to have learned from this repeated act of gentleness that we are all victim and victimizer? All of us. We are crushed by the patriarchy and, simultaneously, part of it, crushing others.

How much privilege we believe we have is dependent on how broad a view of the world we take. Our worst days are often better than most peoples’ best.

Do we listen to the cries of others with the same level of sympathy and empathy that we have for ourselves and those that look and sound like us? Is our commitment to diversity about justice or power? Is the conversation in our heads about self-justification or empathy?

When John Lennon – who would have turned 81 over the weekend – was writing “Give Peace a Chance” in 1968, he was in the middle of a contentious divorce with Cynthia Lennon and offered her a paltry and stifling settlement. John Lennon, it would seem, wasn’t all that different from the rest of us. “Do as I say, not as I do.”

Globally, we are going through a challenging period, trying with great intent to make amends for past sins, yet simultaneously ranking our victimhood in the hopes of showing that we are victims only – because of our age, race, sex, sexual preference, economic status, environmental footprint, geography, etc. – and never, simultaneously, victimizers.

Life isn’t that simple. Being a good human being is an endless journey, like walking across the grass and doing no harm.

Eventually, I think, we will make it to Ten Forward – the intergalactic crew lounge aboard the USS Enterprise, on Star Trek – where we all largely love and accept each other for who we are, not the categories we put ourselves in or the labels we proudly wear. But it is, unfortunately, going to take a long time.

About 20 years ago, I met journalist Vivia Chen in San Francisco, in the early days of the legal journalism boom. I always liked her and respected her work, so I make sure to read her weekly Unfiltered column in Bloomberg Legal. Her recent column – “Theranos’ Elizabeth Holmes Plays the Privileged White Female Card” – is equal parts brilliant and courageous. I was terrifically pleased when she agreed to appear on In House Warrior, the daily podcast I host for the Corporate Counsel Business Journal to delve deeper.

The column (and her role on the podcast) is a tour de force and well worth the brief time investment. In a nutshell, she discusses Ms. Holmes chameleon-like ability to go from Silicon Valley can-do wunderkind to victim of the patriarchy, just in time for trial; from villain to victim at the speed of a tear.

How did she entice Henry Kissinger, George Shultz, Sam Nunn, James Mattis, David Boise, Rupert Murdoch and other powerful white men to empower her and her fantastic yet unproven technology? In a flash, she plays her privileged white female card, employing the “Svengali defense” – my ex-boyfriend of color (and former Theranos president and COO, Ramesh “Sunny” Balwani) made me do it.

I am no fan of Ms. Holmes and have witnessed and been victim to enough empty suits and worse over the years to see the personality pattern of charlatans. It is, of course, nothing that is limited to only one sex, race or nationality, and that is exactly the point. One of the things that impostors prey on is that for most of us – including smart, busy people – “due diligence” consists only of the “tribal test.” If someone went to similar schools, has advanced degrees, knows the same bankers and lawyers, speaks our coded language, and, of course, has family connections (Ms. Holmes is the daughter of a former Enron executive), we accept them and their claims as legitimate. It is not unusual for people to put more effort into uncovering the background of a blind date than they do a potential business partner. As the old saying goes, “The charming are easily charmed.”

When I was in graduate school and a community organizer, I had a housemate who was a public defender. As he often said, “If you were the defendant, wouldn’t you want the most sympathetic version of yourself to come out at trial?” He was right, of course, and at one level I understand exactly what Ms. Holmes is doing, going from the female Steve Jobs – down to the black turtleneck – to someone who makes sure her new infant’s diaper bag is always visible to the jurors.

She is a contradiction inside of an enigma. You’ll get no defense here. What I wonder about is if we will look at her and wag our fingers “tsk, tsk, tsk,” or if we will reflect and look at our own privilege and paradoxes. We are all playing roles. At the end of the day, when we are truly alone, what are our unguarded thoughts? As my late law professors Burt Wechsler would say, “We are all faking it, doing the best we can with what we know at the time.”

There are some, like Ms. Holmes, who apparently try to monetize our triumph of hope over experience. Hopefully, none of us are Elizabeth Holmes. And equally, with the speed with which she has adorned the victim card, each of us knows that she isn’t all that different from us.

There is a contradiction in the Old Testament – if God is everywhere, then She is in the good and the bad. Judaism addresses this in part in Liturgy, the daily prayer before sleeping. “I hereby forgive everyone who offended me or sinned against me.” In the act of forgiving others, we free ourselves and we free their souls to make full atonement. Sound advice.

I keep trying to imagine the courage and other-worldly wisdom of Ruby Bridges, one of four African-American children to integrate schools in New Orleans in 1960 after Brown v. Board of Education. Once, when she was six and surrounded by an angry white mob, she knelt to pray for the mob. At six, how was she so wise? After so many millennia, how are we not?

“Ah, but I was so much older then
I’m younger than that now.”

Listen to Vampirette – A Journalist’s View of Theranos’ Elizabeth Holmes

PrevPREVIOUS“One Of The Worst PR Days”: Facebook’s Latest Crisis Response Wins Little Support
NEXTWhat Not To Do To Be a Great Business LeaderNext