Use Your Peacetime Wisely 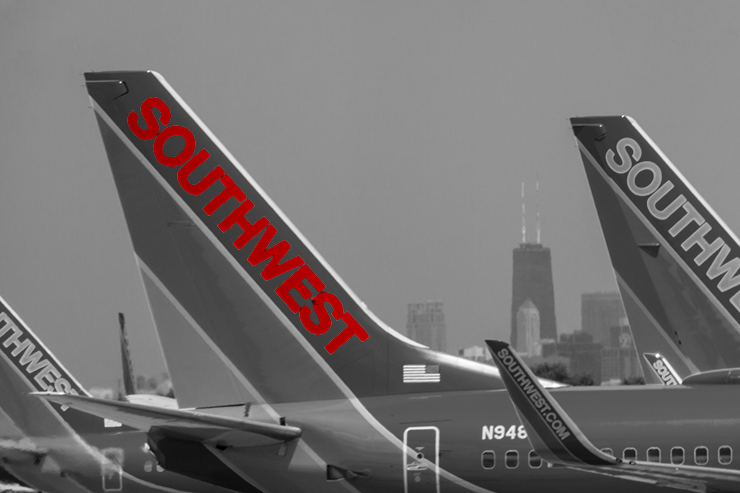 Fourth in a Series on Reputation Management and Risk Communications

“You must learn from the mistakes of others. You can’t

possibly live long enough to make all of them yourself.”
– Sam Levenson

At 7:02 am on December 7th, 1941, Privates Joseph Lockard and George Elliott, using a new technology known as radar, saw what looked like a formation of 180 Japanese aircraft 132 miles outside of Hawaii. Unable to reach their immediate supervisors, Private Elliot contacted the Intercept Center on the island but received no direction, though the Center did inform Army Air Corp First Lieutenant, Kermit Tyler. Inexperienced in the Intercept Center’s operations, having received virtually no training and on his second day on the job, Lieutenant Tyler downplayed the report, thinking it was likely a formation of B-17 aircraft coming from the continental United States. Twice he told a protesting Private Lockard, “Don’t worry about it.”

53 minutes later, “a day that will live in infamy” began.

There are three things in life we are most afraid of – death, change and public speaking, though not necessarily in that order. Having to digest new information that suggests a paradigm shift, especially one that requires an imminent quantum leap, is onerous for humans.

In the world of crisis prevention and communications, we are often asked to read the tea leaves – the 180 dots on a radar screen – and advise what is likely to happen next. Its arduous because you often have to ignore popular opinion and seek out a single data point amongst hundreds or thousands and understand why this time is different. Added to the difficulty in predicting the future is the mockery from peers for seeing things differently. Unlike meteorologist and political and sports prognosticators, the expectation is that in crisis communications you will always be right or suffer the slings and arrows of being called “Chicken Little.”

Which brings us to Southwest Airlines and the 15,000 flights they canceled and the approximately one million passengers they stranded and inconvenienced over the 2022 holiday travel period. Why, angry customers and the market asked, were approximate 90% of Southwest flights cancelled when only about 2% of all other domestic airline flights were suffering the same plight?

There are a number of reasons for this, originating, of course, by a once in a half-century arctic blast. The thing about unusual events is that, though rare, they still happen.

Although I only occasionally fly Southwest, I have been a fan for more than a quarter century, going all the way back to reading the book Nuts! Southwest Airlines’ Crazy Recipe for Business and Personal Success. Just as then, the rules Southwest learned to build an airline that has been profitable for nearly four decades and the ones they learned during the arctic blast apply now, when their fortunes are moving in the opposite direction.

There are a number of reasons cited for Southwest’s colossal failure. They fly “point-to-point” with planes flying destination to destination rather than “hub and spoke” that most major American airlines fly. Point-to-point is more efficient and profitable most of the time, but during unusual weather events such as the arctic blast, what starts as a few delays cascades quickly into the maelstrom we have just witnessed – or personally experienced.

But most critically, there is an antiquated computer system as the root cause which, other than important but ultimately small fixes (e.g., improved reservations system, maintenance records and baggage handling), has not been overhauled in many years. Warned by unions, flight attendants and internal memos that the system could not handle the modern load, the airline chose to ignore the warnings and luxuriate in their profits – nearly $6 billion in fiscal year 2022 – pay dividends and use their $7 billion pandemic bailout funds for other purposes.

The system is so antiquated, pilots and flight attendants are forced to call in when they arrive at their destinations (rather than use an app), calls that can last for hours and are counted by the Federal Aviation Administration as part of crews’ work-hour limits. Stay on hold long enough and Southwest loses valuable crew members…during the best of times. The hold times over the holidays were glacial.

Passengers trying to rebook fights found the website, airport kiosks and overwhelmed airport desk agents unable to help them. When delayed passengers called the airline they too were often put on hold for hours.

As Zeynep Tufekci, a professor at Columbia University and guest columnist for the New York Times wrote,

“It’s been an open secret within Southwest for some time, and a shameful one, that the company desperately needed to modernize its scheduling systems. Software shortcomings had contributed to previous, smaller-scale meltdowns, and Southwest unions had repeatedly warned about it. Without more government regulation and oversight, and greater accountability, we may see more fiascos like this one, which most likely stranded hundreds of thousands of Southwest passengers — perhaps more than a million — over Christmas week. And not just for a single company, as the problem is widespread across many industries.”

Lessons from the Arctic Blast

Southwest will ultimately recover from this brand-damaging moment, but not without a heavy cost far in excess of doing the right thing with their computer system when the need became obvious. For companies still in the “before” moment rather than Southwest’s “after” debacle, here are a few helpful lessons:

In October of 2021, after another computer glitch which caused some delays, then-Southwest CEO, Gary Kelly, after admitting to some challenges said Southwest had “wonderful technology.” Denial may work for a while but reality will return with a wicked bite. In most companies, one of the hardest things for employees to do is tell truth to power. Welcome constructive criticism, not with a onetime pronouncement but with an open door policy which is cultural in nature. Many ideas will not be helpful, but the ones that wisely point out significant future problems need to be embraced not denied or punted down the road.

Southwest deservedly has a great brand, is known for its customer loyalty and, despite some periodic challenges, has strong employee relationships. If the pain they are going through now – negatively impacting all three – can happen at Southwest, it can happen anywhere. You can never build strong enough bonds or an impervious enough brand, so keep building your trust bank. The stronger these relationships the faster your company will recover and the sooner the event will fade into memory. Like exercise, this is a daily habit.

Fix It Before the Federal Government Steps In

If you needed an incentive to fix a likely future problem, remember that when a crisis is big enough and public enough the federal government will step in and control the narrative. Before the inquiries and investigations begin – in this case, the Department of Transportation and the Senate Commerce Committee for starters – President Biden made it clear who was responsible, just as President Obama did with the BP Gulf Deepwater Horizon spill in 2010 and the United States Senate did with Wells Fargo over the years-long credit card scam in 2016.

This means three more likely extended negative news cycles – the White House, regulatory agencies and congress, each of which can last days or weeks. There is an old saying in Washington – “Never kick a man while he is up. It’s too much work.” You don’t want to put your company in a position to be subject to Washington’s favorite sport, “the pile on.”

If You Break It, You Own It

It is not just courts of law which look at companies and ask not only what they knew but what they “should have known.” The public follows this rule as well. “We didn’t know” is an unimpressive defense and only emphasizes incompetence, not innocence. Colin Powell and Richard Armitage used to call this the Pottery Barn rule. “If you break it, you own it.”

“What is the worst that can happen?” While the short term cost to fix a significant problem almost always look higher than the long term ones, that math is seldom accurate. A stock price drop, regulatory fines, class action lawsuits and, most expensively, a significant decline in brand loyalty often take significant time to overcome. Like a losing baseball team, it’s always easier to fire the manager than the team. When foreseeable things go badly, you won’t be able to talk your way out of it.

People Do What They Are Rewarded For

Companies – like Southwest — that tie their corporate executives’ compensation to stock prices and quarterly earnings provide a strong incentive for current executives to kick problems down the road, rather than make an investment that negatively impacts short term profits. It is obvious why this is an attractive form of incentive, but it comes with a potential unfortunate downside. If your company uses this approach, it may be time for a review before the next CEO is hired.

Two more things to add to your mantra: It can happen here and brand loyalty is earned daily. Not believing in the first is the triumph of hope over experience and forgetting the second is negligence. After all, as the inexperienced Lieutenant Tyler said over 80 years ago, “Don’t worry about it.” There is always someone else willing to take your customer.

PrevPREVIOUSThe Battle to Boost Consumer Demand and its Impact on M&A at the Crossroads of America
NEXTLitigation Funding: A multibillion-dollar industry for investments in lawsuits with little oversightNext