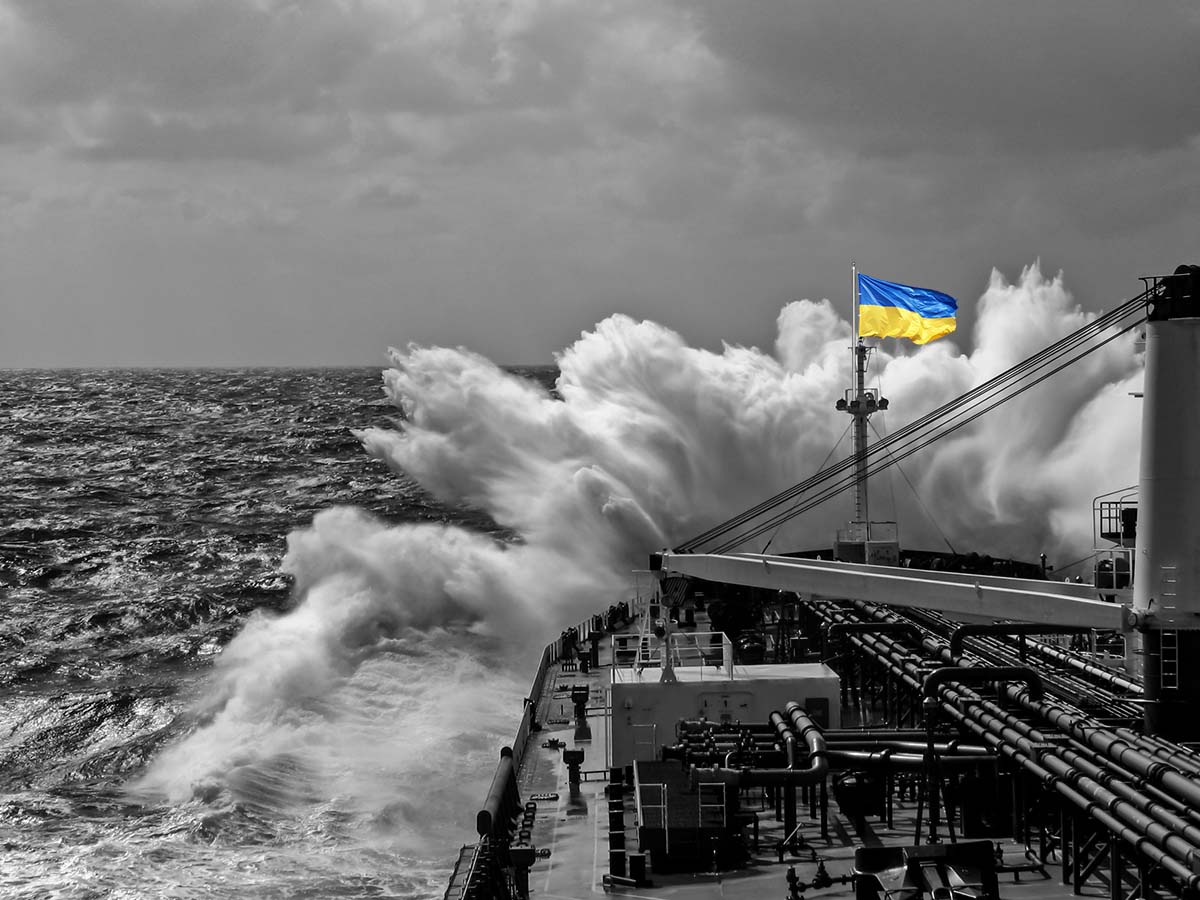 “Is there anything more beautiful in the world than to sit before an open window and enjoy nature, to listen to the birds singing, feel the sun on your cheeks and have a darling boy in your arms?”

– Anne Frank, from her diary, April 19, 1944,
three months before the family was arrested

As Clint Eastwood said, “Tomorrow is promised to no one.” The world is anything but static. Perhaps we should eliminate our generational demarcations—Z, Millennials, X, Baby Boomers—and just refer to us all as the “Whiplash Generation.”

The Buddhists teach us the importance of changing perspectives and seeing the world through the eyes of others. They are right, of course, but these days are so remarkably overwhelming that changing perspective is an endless marathon, and standing still is a recipe for futility.

I cut my political teeth on the anti-Vietnam War movement, with the draft ending 18 months before I was eligible. I thought 18 months an eternity at the time but still, it gets your attention. It had occurred to me that I might be learning how to use an M-16 the following fall, rather than signing up for Freshman English.

I still recall the summer days at sleepaway camp when the slightly older male counselors were awaiting lottery draft numbers. Death was in the luck of the draw.

When sacrifice gets real, then you know what sacrifice is. Until then, it’s just talk. If we are enlightened but not on the front lines, it is empathy. It’s not the same, but a very good place to start.

Decades later, I was enthralled by Mikhail Gorbachev, Perestroika, Glasnost and the end of the “Evil Empire,” not because I hated the Soviet Union, but because they ended the Cold War and seemed, in the immortal words of John Lennon, to “Give peace a chance.”

Russian and Soviet history, going back centuries, is not nearly as moderately benign as I once thought, though I had been significantly influenced by the fact that they had been our ally in World War II against the Nazis—the supreme evil—and suffered 27 million casualties.

Seventy-five years later, they have become, on a global scale, the hegemonic demon. It is time to update our perspectives.

Ever since I read Molly McKew’s brilliant series of articles in Politico five years ago about the Gerasimov Doctrine, the five part information warfare doctrine to create the very kind of increasingly violent political division in America that we are experiencing, I have been quoting it in articles and referencing it in speeches. Soon after her articles appeared, I had Molly—who has advised Georgian President Mikheil Saakashvili’s government and former Moldovan Prime Minister Vlad Filat—on a show I was periodically co-hosting on Sirius XM. One does not forget warfare doctrines which turn countries upside down with few shots fired.

The only problem? The Gerasimov Doctrine does not exist. That is no slight to Molly. Most of the world that is aware of its effectiveness is equally convinced of its existence as a doctrine. In a recent Foreign Policy article, Mark Galeotti, principal director of the consultancy Mayak Intelligence, humbly took responsibility for our collective misunderstanding.

In the spring of 2013, based on a speech by Russian General Valery Gerasimov about the use of propaganda and subversion to destroy “a perfectly thriving state…in a matter of months and even days,” Galeotti wrote a blog using the word “doctrine,” which would eventually go viral and lead to our misunderstanding.

In the years since, we have witnessed the annexation of Crimea, the Donbass war and the war-crimes-infused invasion of Ukraine. Our mistake in misunderstanding the speech and elevating it to a doctrine is that, as Galeotti points out, “Gerasimov was actually talking about how the Kremlin understands what happened in the ‘Arab Spring’ uprisings, the ‘color revolutions’ against pro-Moscow regimes in Russia’s neighborhood, and in due course Ukraine’s ‘Maidan’ revolt. The Russians honestly—however wrongly—believe that these were not genuine protests against brutal and corrupt governments, but regime changes orchestrated in Washington, or rather, Langley. This wasn’t a ‘doctrine’ as the Russians understand it, for future adventures abroad: Gerasimov was trying to work out how to fight, not promote, such uprisings.”

Galeotti’s piece is essential reading, and the Russian invasion is no less threatening nor momentous without a “doctrine”—think Archduke Franz Ferdinand’s assassination—but the Russians don’t have a single organizing principle. They may be even more dangerous because they do not have a coordinated plan, and what they do have is often being implemented by “a bewildering array of ‘political entrepreneurs’ hoping that their success will win them the Kremlin’s favor,” as Galeotti writes. No wonder we cannot figure out Putin’s long game.

This past week, for In House Warrior, the daily podcast I host for the Corporate Counsel Business Journal, I was interviewing “The Man Who Correctly Predicted the 2022 Russian Invasion of Ukraine,” Dmitri Alperovitch. He is a Russian-born American computer security industry executive, co-founder and former chief technology officer of CrowdStrike, and the Co-Founder and Chairman of Silverado Policy Accelerator. He also served as a special advisor to the Department of Defense and currently serves on the Department of Homeland Security Advisory Council. He predicted the Russian invasion long before many other experts thought it was fait accompli and corrected my misunderstanding of the Gerasimov Doctrine. Being the CEO of a crisis communications firm, it seemed prudent to “run to the light” and admit my error.

As Alperovitch points out, there is no winning this war for Russia, and not really for NATO and the U.S. either. No-fly zones will likely rapidly lead to ballistic, if not nuclear, exchanges. We will, however, likely end up with a world once again of two superpowers—the U.S. and China—with much of the world divided into NATO and non-NATO alliances. Those seeking simple solutions are either naive or nakedly ambitious.

To help us navigate the corporate and business risks of this escalating war—including cyber risks, international sanctions and the potential for blowback—we hosted a series of podcasts this week, including:

This Is Not the End of Globalization as We Know It with Harry Broadman, Chair, Emerging Markets and Partner, Berkeley Research Group

U.S. Companies, Sanctions and the Ukraine with Michael Parker of Ferrari & Associates

The Home Front—Dealing with Cyber Legal Risks Stemming from Russia’s Invasion of Ukraine with Kenneth Rashbaum, partner with Barton LLP

When World War I began in 1914, it was “over there” for most Americans. Only when the passenger ship Lusitania was sunk in 18 minutes by a single torpedo from a German U-20 submarine off of Old Head of Kinsale, Ireland, on May 7, 1915, did the world become outraged. Two years later, American Doughboys were, in fact, over there.

Churchill and the Admiralty knew that the rise of unarmed merchant ships being sunk by the Germans would eventually build international sympathy and hopefully sacrifice. More than one hundred years later, it is hard to determine where on Hobson’s choice we should come down—expediting the end of the First World War or the Lusitania’s 1,198 civilian casualties, including 128 Americans? A century does not seem enough time to make up one’s mind.

If nothing else, these days we are learning new respect for the post-World War II years of economic and democratic expansionism. How lucky we were.

Recent events have put our domestic and personal problems in perspective. At the end of the day, we are just a very large asteroid floating through space. It takes immense cooperation, courage, selflessness and sacrifice for us to run the place. Are we up to it?

What will be our Lusitania moment when we realize more is required of us?

Enjoy the shows and stay safe.