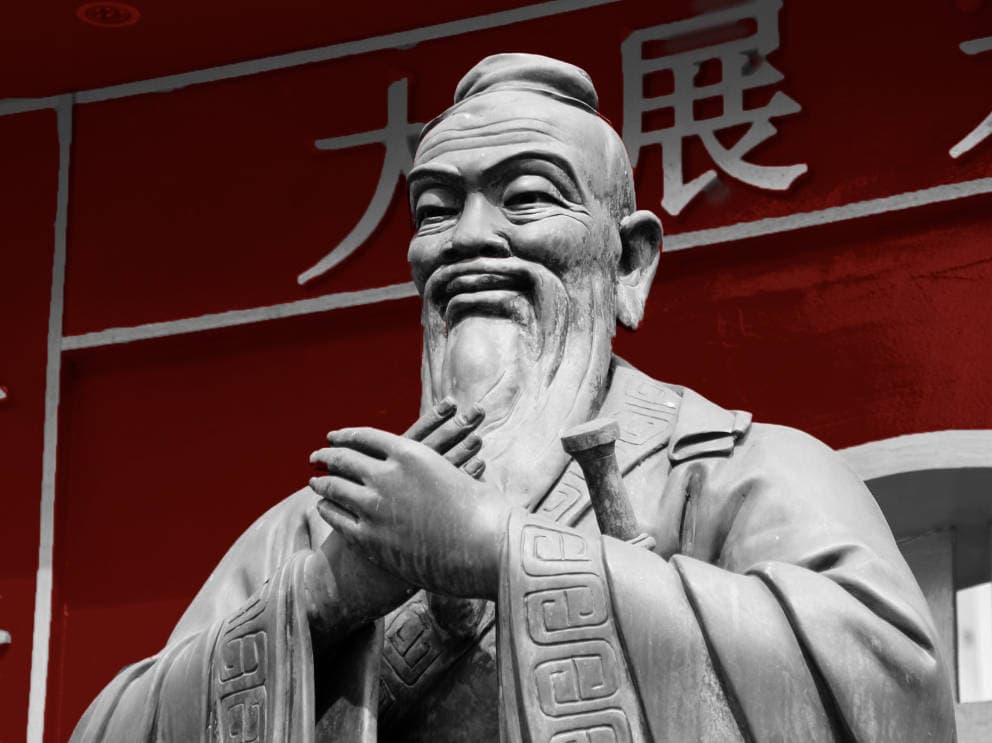 “What you do not wish for yourself, do not do to others.”

From my days in Hebrew School, I always thought Hillel the Elder had said this first, but it turns out that Confucius, who celebrates a birthday today, wrote it about 500 years before Hillel. It is the Golden Rule, though I am not sure how many of us follow it very closely. We tend to judge others by what they say and ourselves by what we intend.

In law school, we learned that the law was not supposed to be outcome determinative but instead, to be applied neutrally so that the precedent established by the past could apply evenly to the future. I believe this is the highest calling of the Supreme Court, though it increasingly appears – as Chief Justice Roberts loses his argument on the criticality of process – to be a standard that this Court has little interest in meeting. A politicized Court will have its pyrrhic victories, but at exorbitant expense.

Jefferson’s idealization of the First Amendment was based on Socratic debate. Through the parlay of ideas we reach a higher, compromised understanding. Not something we do very well anymore in an atomized, increasingly technological world which monetizes disagreement.

I was thinking a lot about these issues more particularly this past week after three shows I did on In House Warrior, the daily podcast I host for the Corporate Counsel Business Journal.

The first was with author and old friend Charles Slack, who ghostwrote one of my books and is the author of four other books, most recently, Liberty’s First Crisis: Adams, Jefferson and the Misfits Who Saved Free Speech. It is the story of how John Adams – a Founding Father, mind you – would find the First Amendment too robust once he attained power as President in 1796. He would sign the Alien and Sedition Act of 1798, outlawing seditious speech critical of the government. For those who cling to the legal theory of “original intent,” please note that a mere seven years after the 1791 adoption of the First Amendment, the Adams administration felt sufficiently threatened by their opposition that they passed the Act. It placed even alcohol-induced criticism overheard by a barkeep as ‘scandalous and malicious’ and worthy of imprisonment. For the feminists among us, it is worth noting that my personal hero, Abigail Adams, was a significant proponent of the Act. None of us, it seems, meet our current standards of perfection.

It is not too fine a point to make that if the law were not overturned, the United States of America would not exist. No unfettered freedom of speech, no City on the Hill.

The 1798 Act was driven by a new government too insecure to face criticism for fear it would rise into a serious political challenge. While the law was overturned a mere two years later, the fear remains. Today’s hottest political divide is driven by a conservative minority who increasingly finds it necessary to limit the voting power of those who do not look like them and by a left who describes unliked speech as “dangerous” and therefore cancelable. One is suppression by the government; the other, prior restraint by the masses. Democracy thrives in the middle.

On another equally sensitive issue, I was reading a recent column by Gary Abernathy, a contributing columnist for The Washington Post, a self-described conservative, and publisher and editor of the Hillsboro, Ohio Times-Gazette, which was one of the few newspapers to endorse Donald Trump for president in 2016.

He wrote a column called Tighter abortion restrictions may really indicate the law is finally catching up to science, that was neither for nor against abortion but raised the question of science and viability – a central tenet in the Roe v. Wade decision. In essence, the 1973 Court ruled that without viability, a woman’s right to choose was largely unencumbered. With today’s science able to roll back the viability clock further and further Gary wondered if the reasoning on Roe can survive.

My own view of abortion is more closely aligned with the late Supreme Court Justice Ruth Bader Ginsburg. Courageously, she said at her 1993 confirmation hearing, “The decision whether or not to bear a child is central to a woman’s life, to her well-being and dignity. It is a decision she must make for herself. When government controls that decision for her, she is being treated as less than a fully adult human responsible for her own choices.”

However, my fear of the limits of the majority opinion in Roe is based on Justice Sandra Day O’Conner’s critique of Roe in a dissenting opinion in a 1983 case around the prediction that the date of fetal viability was inevitably moving backward due to the advancement of science: “The Roe framework is clearly on a collision course with itself.” Texas notwithstanding, that moment seems to have arrived.

The third show of the week was with Hugh Hurwitz, who was appointed to serve as the Acting Director of the Federal Bureau of Prisons in May 2018. In this role, he was responsible for leading the operation of one of the largest correctional systems in the world, including oversight of 122 prison facilities, 36,000 staff and approximately 177,000 inmates.

For a time, though separated by a few years, our careers were somewhat parallel, with both of us graduating from The American University’s Washington College of Law and clerking at the BOP. What struck me most about the show was how much Hugh would at times sound almost like an ACLU prisoners’ rights attorney. His belief in the core of the mission – 80% of federal prisoners returning to society – was at the center of all of his comments. And, he noted, this is only done through opportunity, resources and programs.

The three shows reminded me that democracy is best brewed in the middle; that speech, however uncomfortable, is not dangerous; and that all of us deserve second chances, if not more.

After Justice Thurgood Marshall’s retirement in 1991, Sandra Day O’Conner published an essay about her deep appreciation of and affection for Justice Marshall with whom she had served for ten years. Justice Marshall was “constantly pushing and prodding us to respond not only to the persuasiveness of legal arguments but also to the power of moral truth.” Good advice for all of us.