The Ghosts of Groundhog Day 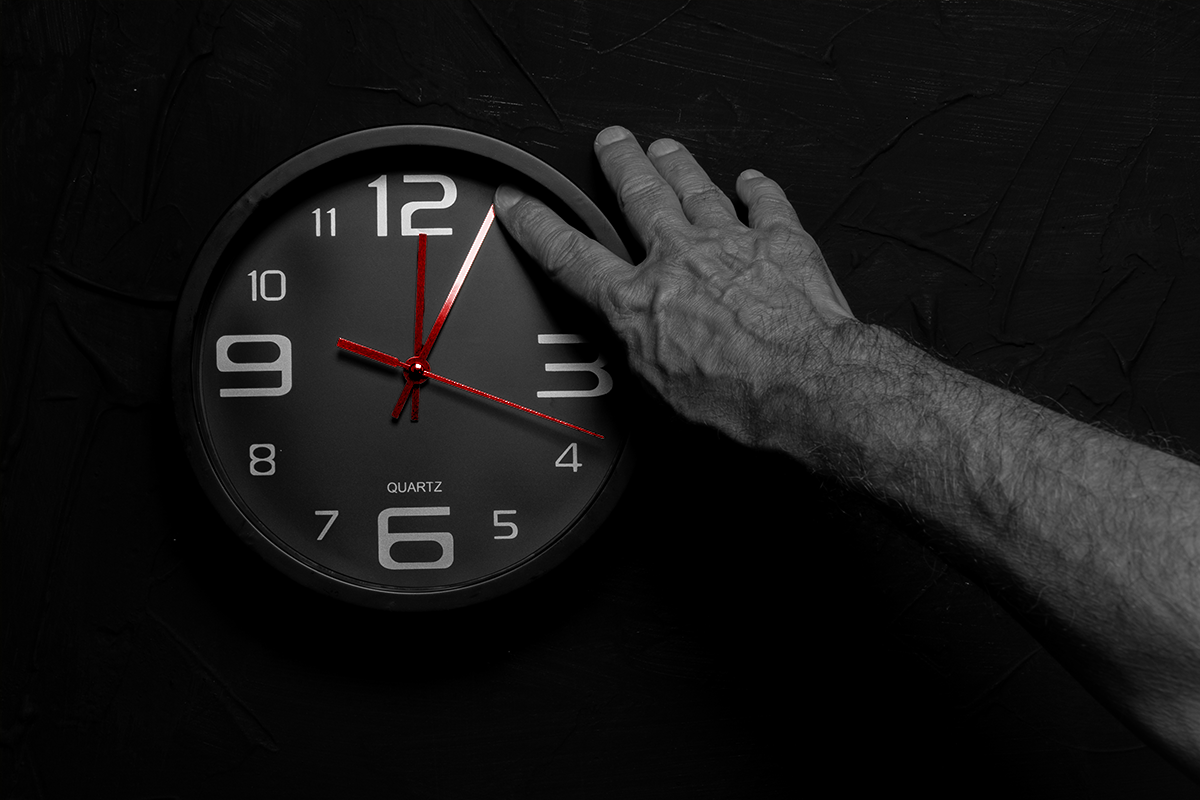 Third in a Series on Reputation Management and Risk Communications

“Generals are always prepared to fight the last war.”

The worst decisions I have ever made are those that try to correct the past.

We overcompensate or second guess or simply take the road “less traveled” and think, as Robert Frost so beautifully wrote, that it will make “all the difference.” While the past is a wonderful teacher, it is but a factor, not a blueprint.

No doubt students of history are far better positioned to understand the present and peek into the future, but everything is different the second time around.

New potential crisis matters may share similarities with past events, but each situation is unique. As we learned in the movie Groundhog Day, every single decision that Phil (played by comedian Bill Murry) makes, no matter how simple, affects the lives of others (including the target of his affections, Andie MacDowell) and, most critically, his own. The universe is filled with quantum particles impacting everything and everyone they touch.

Still, we are intoxicated by the past and often seek its guidance, like Shakespeare’s Julius Caesar and Macbeth seeking out soothsayers to tell them the future. Even when they are told what is going to happen next, it is subject to misinterpretation. Our eyesight is impaired by the glare of our past.

When I speak to CEOs and boards I am often asked what they need to be doing in the pre-crisis or early hours of an ascending negative event. While there are dozens if not hundreds of tactical and strategic recommendations, the first job of a leader is emotional, not tactical.

As most of us recall, on Sunday evening April 9, 2017, Dr. David Dao was involuntarily deplaned from his seat on United Airlines Flight 3411 by the Chicago Transit Authority at O’Hare airport. He refused to deplane voluntarily due to a Monday morning medical appointment with a patient and was dragged screaming from the plane in a scene captured by at least two passengers with real time video on their mobile phones. By Monday morning the videos had gone viral and United was in the unenviable position of playing catch up. For Dr. Dao, it resulted in a concussion, a broken nose and two missing teeth. For United – “the friendly skies” – the damage was much worse.

Most of us watch companies misplaying a matter that blossoms into a crisis, and wonder, “How could they do this?” when really we should be asking, “What can we learn?”

As spectators, we are blessed with the advantage of hindsight. What have we learned so that when we are drinking from the tidal wave of our own burgeoning crisis and have no time to properly process, we don’t make the same mistakes?

Even though the videos first appeared on social media on a Sunday evening, no one at United either saw them or alerted CEO Oscar Munoz until he learned about it Monday morning in the newspapers – a form of communications better suited for an earlier age. He had lost his early warning advantage, severely limiting critical options.

Over the next two days, Mr. Munoz and United would make several missteps which made the crisis worse and turned a local domestic event into an international crisis. First, he issued a written “non-apology” apology which focused on United’s employees and policy for oversold flights rather than seeing things from Dr. Dao’s point of view. While this might have been understandable and temporarily soothing for United employees, the rest of the world saw things through Dr. Dao’s eyes. He had come to represent every United passenger. “Will this happen to me?”

On the following day, Mr. Munoz sent an email to United’s 84,000 employees, doubling down on the points from his letter. This too is understandable since, prior to Mr. Munoz’s arrival, there had been a crippling strike at the airline and Mr. Munoz apparently saw an opportunity to sooth past rough waters between management and employees.

Of course, when you send an email to 84,000 people, it will leak, which resulted in another negative news cycle. With so much adverse media coverage and increased pressure, Mr. Munoz watched the videos, changed course and then masterfully handled the crisis from that point forward, but not until 20 million Chinese citizens per hour were downloading the videos. For 30 years United had been penetrating the Chinese market and now that was threatened by some poor decision making at O’Hare.

With apologies to William Shakespeare’s Mark Antony, I come here not to bury Caesar but to praise him. We had the honor of working with Oscar Munoz when he was the CEO of CSX and watched him masterfully handle a derailment that included a toxic spill. He perfectly balanced safety, the community, customers and shareholders. If Oscar Munoz can make the mistake with Dr. Dao, what chance do the rest of us have?

From my perspective, Mr. Munoz’s desire to look back and fix the past overrode his reasoning for addressing the present.

In a crisis, everything is upside down. William Faulkner wrote that “The past is never dead. It’s not even past.” The past may not be dead but sometimes it is not a very good guide for the present.

When Martha Stewart was first under investigation by the Securities and Exchange Commission (SEC), she was reportedly offered a settlement of $250,000 but told her lawyer, Bob Morvillo, ‘I’m innocent and didn’t do anything wrong.’ Regardless of the legal issues at stake, the public viewed her as guilty and the SEC saw this as a “message case.” If they cannot regulate everyone, then high profile sacrifices such as Ms. Stewart are a good way to inhibit potential future wrongdoers. Perception trumps reality once again.

For Ms. Stewart, she appears to have been looking backward, as an icon with multiple media platforms, and was unable to see clearly into the present. She was no longer perceived as America’s “Sweetheart” but a potential felon. Bad things can happen to good people and all that brand building goes to waste.

While I was not in the room with Ms. Stewart, we were in March of 2008 at AIG when it elected to pay approximately $218 million in bonus payments to employees of its financial services division while it was under a bailout from the U.S. federal government.

Once again, it was perception over reality. AIG was contractually obligated to pay these bonuses, but they had two solid options to avoid the problem. Unfortunately, too many senior executives, though certainly not all, were looking backwards and counseling AIG Chairman and CEO Ed Liddy – an American patriot who took over the nearly impossible task – to pay the bonuses. It was a terrible look and made AIG the poster child for the financial crisis.

Few outside of Wall Street remember that, like Chrysler a generation earlier, AIG paid the federal government back ahead of time with interest. It turned out to be a good investment for the U.S. government but it painfully hurt the AIG brand.

Looking backwards often dominates our decision making, when really we need to stare down the present. Each morning is different no matter how similar the sunrise.

The value of a brand is not in its advertisements but in how it responds in a crisis.

Potential crisis situations hardly give us the time we need to gather full information, seek advice from contrary quarters, reflect and proceed apace with events. This is why interdisciplinary team drills one or twice a year are so helpful. “How would we respond if this happened to us?” “How does legal and communications or IR and HR effectively discuss differences and reach difficult decisions in a highly charged moment?” “If the right sacrifice properly timed will deflate a crisis, how do we make that decision?” “How do we respond when we are perceived as the villain of a news cycle, not the hero?”

One of the first things we need to do when seemingly normal events become abnormal is to stop and ask the question – “What internal or external events, people or symbols make this a more challenging risk?” Is it race, sex or sexual preference? Is it a political movement or election? Is it a trend in the industry? A forthcoming shareholders’ meeting or competitor activity? The sympathy of an accuser or alleged victim? What is happening externally impacts perception.

We tend to be too insular and employees often look at policy and the past rather than explore the unique factors of the moment. When they report up the food chain, they are often limited by this perspective, influencing the most senior executives. “This is the way we have always done it,” is a thought process suitable for the road to perdition.

The job of senior executives is to look at the outside factors, be Talmudic, and ask a variation of the Passover question, “Why is this [moment] different than all others?”

Time is not our ally in a crisis but if we use our peacetime wisely to prepare not just tactics but emotions and learn from the past rather than be slaves to it, it can give us the perspective we need for the present.

“Don’t look back. Something might be gaining on you.”
– Satchel Paige