The Art of Not Listening 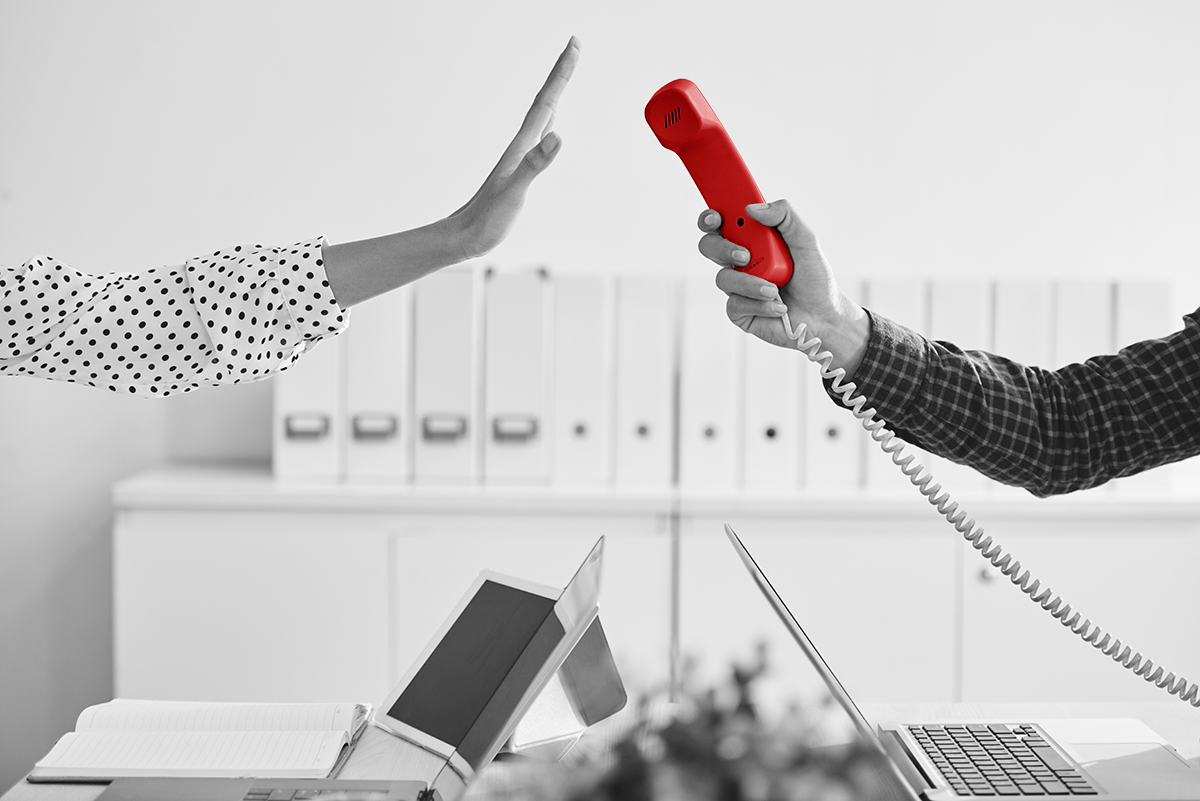 Fifth in a Series on Reputation Management and Risk Communications

“These are the times that try men’s souls; the summer soldier and the sunshine patriot will, in this crisis, shrink from the service of his country; but he that stands it now, deserves the love and thanks of man and woman.”

According to Sir Thomas Malory’s masterful work, Le Morte d’Arthur – the mainspring tales of the legendary Camelot and the Knights of the Round Table – a young King Arthur romanticized Merlin’s soothsaying abilities. Since the mighty magician lived backwards – his past was our future – he was wise and always accurate in his predictions (at least until Mark Twain’s 1889 novel, A Connecticut Yankee in King Arthur’s Court, turned Merlin into a jealous and small-minded competitor to protagonist Hank Morgan). As Merlin instructed the boy king, ‘It is a curse to know the future.’

It is indeed no blessing to know the future, but it is a gift, particularly in times of crisis, to have a pretty good idea of what is coming next.

Listening When Life and Liberty Are at Stake

“Will You sweep away the innocent with the guilty?”
– Genesis 18:23

A little more than a year after 9/11, when Americans were understandably incensed and inconsolable by the horrific tragedies on American soil, many Arabs in the Gulf region were caught in a dragnet and taken to Guantanamo Bay, Cuba, a U.S. prison not fully subject to Constitutional protections. While hundreds of detainees would be found guilty, hundreds more languished in the prison for years without charges or trial. In a post-9/11 America, heartbreak, fear and anger meant there was little interest in separating the guilty from the innocent. Even the George W. Bush administration, fully sensitive to the politics of the moment, was unmoved by three U.S. Supreme Court rulings which required due process.

Leaders in Kuwait – one of America’s closest allies in the region – invited us to meet with them to develop a communications approach to support their legal strategy and ensure due process for their sons, brothers and fathers. All but one would turn out to be innocent, but they were also politically convenient collateral damage.

On departure from Washington, D.C., we had been told by our perspective client that we should rest upon arrival and then meet with them the following morning. And rest we did until moments after closing our eyes the hotel room phone rang and we were invited to a diwan – a large meeting room in a private home.

As is custom, it was two dozen Arab men in thawbs and kaffiyeh, only two of whom spoke English fluently, all sitting on couches in a large rectangle, with us in the middle. How, they asked, were we going to proceed to ensure justice?

It must have gone well enough, for the next day we were invited to a private home and granted entrance before the man of the house – a retired Kuwaiti military officer – returned. We were invited in by his wife and daughter who had made tea and cakes for our wait. While this may seem an old custom to many Americans, it is highly unusual in the Arab culture for unknown men to be alone with the women of the house. Being welcomed into a home under such circumstances indicated a high degree of trust. We knew at that moment we had won the business.

Over the coming years we would work closely with these families and, in concert with legal counsel, succeed in release, trial and rendition for all but one of the detainees. Due process and justice had prevailed even at a time of highest tensions.

What always impressed me was despite the cultural differences, legal challenges and issues of life and liberty that were at stake, the clients listened to us every step of the way, from a protest march at Old Bailey in London to media interviews and editorial meetings. It was a long process and terrifically unpopular in the United States at the time, but due process and justice prevailed.

Not Listening When the TV Lights are On

“It takes a great man to be a good listener.”
– Calvin Coolidge

During the financial crisis of 2007-2008, we were embedded at AIG and counseled extensively against paying the $454 million in bonuses to 73 employees just after the $170 billion U.S. government bailout (a loan the company would pay back with interest well ahead of time). While AIG was contractually obligated to pay the bonuses, there were alternatives with lesser risks. We counseled that if AIG paid the bonuses at that time they would instantly replace Lehman Brothers as the poster child for what was wrong with Wall Street, doing far more harm than good. Our advice, though seriously considered in a number of quarters, lost out, and the rest, as they say, is history. The newly appointed CEO – the heroic Ed Liddy – and leading legal counsel were willing to listen but too many people inside the organization feared the consequences of not paying the bonuses. The brand damage was brutal.

What Do I Do When The Cameras are on Me?

“All the world’s a stage and most of us are desperately unrehearsed.”
– Sean O’Casey

I’m no Merlin but years of experience in the trenches of the most challenging matters globally provide the experienced crisis communications professional a sixth sense about what’s next.

Here’s a cheat sheet for CEOs and other decision makers responding publicly when things are moving in the wrong direction:

Who is driving the bus? Legal counsel in a crisis is essential and needs to be on the bus, but unless legal exposure is the single greatest market cost, it shouldn’t be driving the bus. First, determine the greatest exposure and the likely sacrifice and then let that department or counsel drive the decision making.

What are the interests of the people giving you information? As a leader in a crisis, you need information quickly and accurately, but it is often the thing in shortest supply.

In a crisis, everyone should bleed the company colors. Unfortunately, personal interests often get in the way. Frequently, direct reports provide select information to avoid highlighting any of their potential culpability. It is always easier to point fingers after something has gone wrong, so this instinct is understandable. Consume as much information as you can but be sure to question the personal interest of the messenger.

Encourage robust debate amongst different experts. You cannot get to the best decision without a healthy debate amongst disciplines. Have legal, IR, brand, C-Suite, HR, crisis communications and others calmly debate it and determine what the risks and benefits of each path are. The goal isn’t perfection but the lowest market cost.

Embrace sacrifice: A true crisis is defined by the fact that there is no perfect path. There will be a price to pay no matter which road you choose. Identify the least costly and simultaneously most beneficial sacrifice and make it early. Pulling a product, firing a team, selling a brand, making an apology or whatever the situation demands can be the most effective tool for deflating a calamity. You cannot make that determination without having trusted counsel mentioned above do the math and determine the sacrifice.

Never lead with the Ego: Too often, when a crisis involves a CEO, founder or other high profile executive, we hear concerns about their “reputation.” Reputation management is, of course, critical, but the business issues come first. In time – and less time with effective communications efforts – bad news on the internet can be replaced by good news in a post-crisis environment. As we say, ‘If you want to keep a secret, put it on the second page of Google.’

We often see executives worried about their reputation and desiring to set the record straight. This can be an important strategy for the right moment, but if the narrative is already written, it is often wise to keep your head down and set the record straight later, when you control the communications, not the critics.

In a crisis, everything is upside down: All the rules that got you here won’t necessarily get you out of the crisis. Start with a tabula rasa and reconsider all of your options. Don’t pay the bonuses. Consider a deal with the prosecutors. Recall the product voluntarily. Keep quiet or run to the light, depending on what will make the story go away. Rather than look backwards at what you have always done, understand that in a crisis, all the rules have changed. You cannot get to rebuilding reputations and brands if you have not gone through the crisis first.

What will your adversaries do next? Many business crises have adversaries – regulators, the plaintiffs’ bar, politicians, activist shareholders, unions, NGOs and others. What are their interests and what will they do next? How will they zig if we zag? Never make decisions in a vacuum. Instead, ask, “If I were counseling them, what would I do next?” Then, plan accordingly.

Silence can be golden. Fighting back is a natural instinct and, under the right circumstances and timing, is precisely the right strategy. 1988 presidential candidate Michael Dukakis famously learned the cost of not fighting back against the Vice President and presidential candidate George H.W. Bush, watching his double-digit lead disappear before it occurred to him to throw a punch. But sometimes silence is golden. Before you raise your head above the parapet, balance the costs between fighting back and remaining silent. In today’s exceptionally fast-moving news cycles, some crises will either be over in a day or two or be elongated if you fight back. Make sure you make the proper determination, lest you break into jail.

“I love the man that can smile in trouble, that can gather strength from distress, and grow brave by reflection. ‘Tis the business of little minds to shrink, but he whose heart is firm, and whose conscience approves his conduct, will pursue his principles unto death.”

PrevPREVIOUSLitigation Funding: A multibillion-dollar industry for investments in lawsuits with little oversight
NEXTHow Good Is Your Company at Managing Political Risk?Next