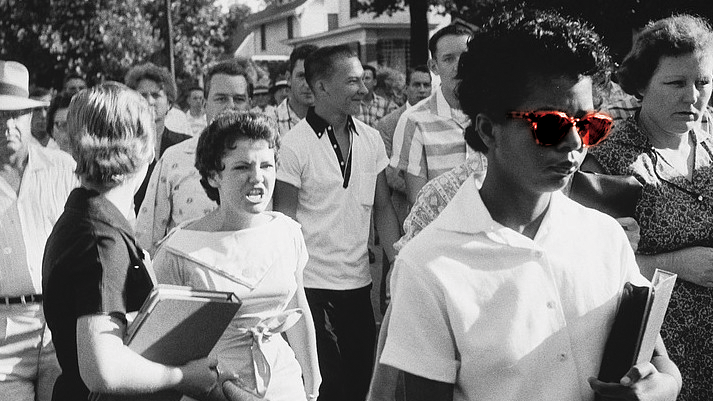 “Success is not final; failure is not fatal; it is the courage to continue that counts.”

Authors Note: We have managed dozens of discrimination matters for plaintiffs (including one of the largest arbitration awards in the history of DEI) and defendants, and written many dozens of articles on the subject, including this eBook. This time, we explore the sensitive but critical subject of how DEI advocates could be more effective and… diverse.

This article is written for those who misuse DEI, try to leverage it for their own advantages, jump to conclusions and run roughshod over alleged perpetrators who let the issue’s popularity overwhelm their sense of responsibility for justice. Our hats are off to all the courageous DEI leaders who seek justice and fairness, fight for every penny of their budgets and are as good at listening as they are at being advocates.

On September 30th of 1971, the Washington Senators played their last baseball game at RFK stadium and fled to Arlington to become the Texas Rangers. As a 13-year-old boy, this was yet another reminder. Loves could suddenly abandon you.

I switched to rooting for the Baltimore Orioles, only forty-one miles away, but they were never the home team, though I gently cheer them on to this day. Bereft of a real hometown baseball team I turned to soccer and lacrosse as my games of summer. Baseball – always an October interest – no longer served as the mother’s milk of endless summers.

Nonetheless, through the influences of my father and grandfather – who embraced the game like Sophie embraced Jan in Sophie’s Choice – baseball lore is still an important part of the season. As retired LEVICK Senior Vice President and baseball aficionado Larry Smith says, ‘baseball is not a nine-inning game. It is the opera of summer. A 162-game love story.’

Flawless But With Flaws

This past week in 1956, Don Larsen pitched a perfect game for the Yankees in the World Series. He faced 27 batters and not a single one made it to base – no hits, no walks, no errors. An untouched canvas.

The World Series has been the fall classic since 1903 and yet there has only been one perfect game – a level of perfection happening twice as rarely as Halley’s Comet.

The Yankees were playing the Brooklyn Dodgers in Game 5 of the Series and Don Larson was coming off a dreadful Game 2, in which he lasted only two innings and allowed four runs on four walks. Larsen arrived at the ballpark on game day and was stunned to learn that manager Casey Stengel had picked him to start. In the locker room after the game, Larsen said, “After what I did in Brooklyn, he (Stengel) could have forgotten about me and who would blame him? But he gave me another chance and I’m grateful.”

Second chances, not exploiting a single bad act over a lifetime’s worth of work and acceptance of imperfections. A model of justice worthy of exploring.

He cheated on his wife, stole money from Jewish families during World War II, spied for Abwehr (the counterintelligence arm of the Wehrmacht) and died a poverty-stricken alcoholic.

He also saved 1,100 Polish Jews during World War II at significant risk to himself, going bankrupt in the process.

A Bend in the Road

Since I first became conscious of adult issues, I have been a staunch supporter of civil rights going back to age six. It was a time of the first modern Civil Rights movement and even a six-year-old could be heavily and permanently influenced. Gay rights, minority rights, women’s rights, etc. were all a critical part of an evolving consciousness.

Years later I would become the first male ever to work in the Women’s Rights Division of AFCSME, a powerful influencer on national politics, and write my master’s thesis on the history of and arguments in favor of equal pay.

But I never thought the road to equality would look like this. So many good intentions and important actions, but we also have so many painful misunderstandings and miscalculations. Punishments that do not fit the crime; denials of due process; an absence of a statute of limitations; presumptions of guilt and the list goes on. None of these are excuses for bad behavior or crimes against the abused. But we do not even talk about them and many people either think these injustices just do not exist or are a satisfactory price to pay and unworthy of discussion.

The risk of pointing out these justice-skirting issues is being labeled, fired and permanently ostracized. As one woman cavalierly responded after a speech I gave asking about men and women whose families, careers and reputations were torn asunder by false accusations, “collateral damage.” Catch phrases are a tragically comfortable substitute for real thinking on hard-to-answer questions.

As the Dalai Lama says, “The goal is not to be better than the other [person], but your previous self.”

While the Civil Rights movement goes back to before this country’s founding, we are relatively early in the evolution of DEI. For those more interested in self-righteousness, perhaps we can be a little less judgmental? On little planet earth there are 195 countries, 6500 languages, 4300 religions and too many thousands of cultures to count. It will take lifetimes to know more than a tiny fraction of that diversity or to even name, understand and appreciate all those different from us. We all live in glass houses.

And yet we brag about our accomplishment of achieving the “diversity of the five.” We have a female, an Asian American, an African American, someone identifying as LGBTQ+ and maybe someone from the disabled community (though usually an afterthought). We rush to post it on our website and apply for awards. “Look at us doing what many communities have been calling for for half a century.” Doing what is popular and virtue signaling may be helpful in encouraging others, but it is neither justice nor courage. It’s following.

The Little Rock Nine enrolled at formerly all-white Central High School in a successful effort to try to force what became Brown v. Board of Education. They faced “Massive Resistance;” violence; a legislative-led Southern Manifesto; the racist, intimidating and in-your-face Mother’s League of Central High, who’s vitriolic acts are captured in so many historic photos, and more. This was indomitable courage in the face of powerful evil.

Mahsa Amini, the 22-year-old Kurd killed last month by the dreaded Iranian morality police for infringing hijab rules amid a crackdown on women’s dress. Unmatchable courage in the face of a country where the inmates rule the asylum.

John Lewis leading over six hundred marchers on March 7, 1965 across the Edmund Pettus Bridge in Selma, Alabama only to face brutal attacks by oncoming state troopers. Courage beyond words.

The law firm Paul Weiss representing pro bono Thurgood Marshall in 1954 to reverse the doctrine of “separate but equal” in Brown v. Board of Education and also pro bono representing Edith Windsor in challenging the Defense of Marriage Act in United States v. Windsor in 2013. Controversial issues not yet popular with the masses, but the firm provided the legal support to help change history anyway.

These were people and institutions that stood up when the last thing they could expect was applause.

Times and risks are different, but understanding, humility and love rather than judgment and bandwagon-jumping should be the monikers of today’s change agents.

Perfection is an unmeetable standard. Not Martin Luther King, Jr., Abraham Lincoln, Queen Elizabeth, FDR, Winston Churchill or even the saintly Mother Teresa would pass. Despite their not meeting today’s standards, I would hate to think of the past 170 years without their presence. Spreche deutsch anyone?

I believe strongly in the safety and equality of the LGBTQ+ community and that non-binary people must be able to make daily choices without fear. Putting self-identification on emails is the current trend and I appreciate its critical importance. We have gone from the Stonewall uprising to acceptance and increasing embrace in a fraction of the time of other civil rights movements.

But why is sexual identity more important than religious identity, which can inform which day someone celebrates the sabbath, which holidays they observe and seating and dietary preferences just to name a few?

Disability? As someone who has been half deaf since childhood, I have preferences (corporate dinners with round tables and background noise turn you virtually fully deaf). Not to mention the DEI advocates who use jokes and language about my partial deafness that they would never permit if we were discussing other DEI issues.

Epilepsy? Maybe architects would think twice about using flashing lights as design elements in airports and other common spaces. Imagine fearing being triggered for an epileptic fit every time you walked through an airport tunnel.

Blindness? How would you reimagine your office background noise which can render the blind truly blind?

We should stop racing to out-victimize our neighbors. We are all victims of some sort. As was anonymously said, “Just because I carry it all so well doesn’t mean it’s not heavy.”

Justice and civil rights will always be works in progress. There is nothing to do but to keep fighting. The lesson for those who pile on but do not lead is that popularity is not a doppelganger for progress. Justice is the only goal.

As a crisis communications firm, we are often asked by companies and their boards to help them navigate challenging diversity issues. There is so much criticism, especially among people who agree in principle, that there are no guaranteed best communications practices. I can only tell you that overly sensitive criticism amongst the movement is nearly as challenging a bridge to cross for corporate executives wanting to do the right thing as the bomb throwers who oppose diversity and believe not listening is a virtue.

It seems to me that DEI drivers, which have done so much good, are really only at the place in their evolution where they have succeeded in diversifying the book covers, not the books. It is what is inside where diversity’s richness blooms. DEI deeply deserves our support and as many chances as it takes to get God’s work right.

“It’s been a long
A long time coming
But I know, a change gonna come
Oh, yes it will

Then I go to my brother
And I say, brother, help me please
But he winds up, knockin’ me
Back down on my knees

Oh, there been times that I thought
I couldn’t last for long
But now I think I’m able, to carry on

Enjoy the guest columns and this week’s highlighted podcast.

Read Shareholder Activism. Can You Defend Yourself?

Listen to From Hanging Chads to Precinct Strategy