Reflections on a Turbulent Year: 2020 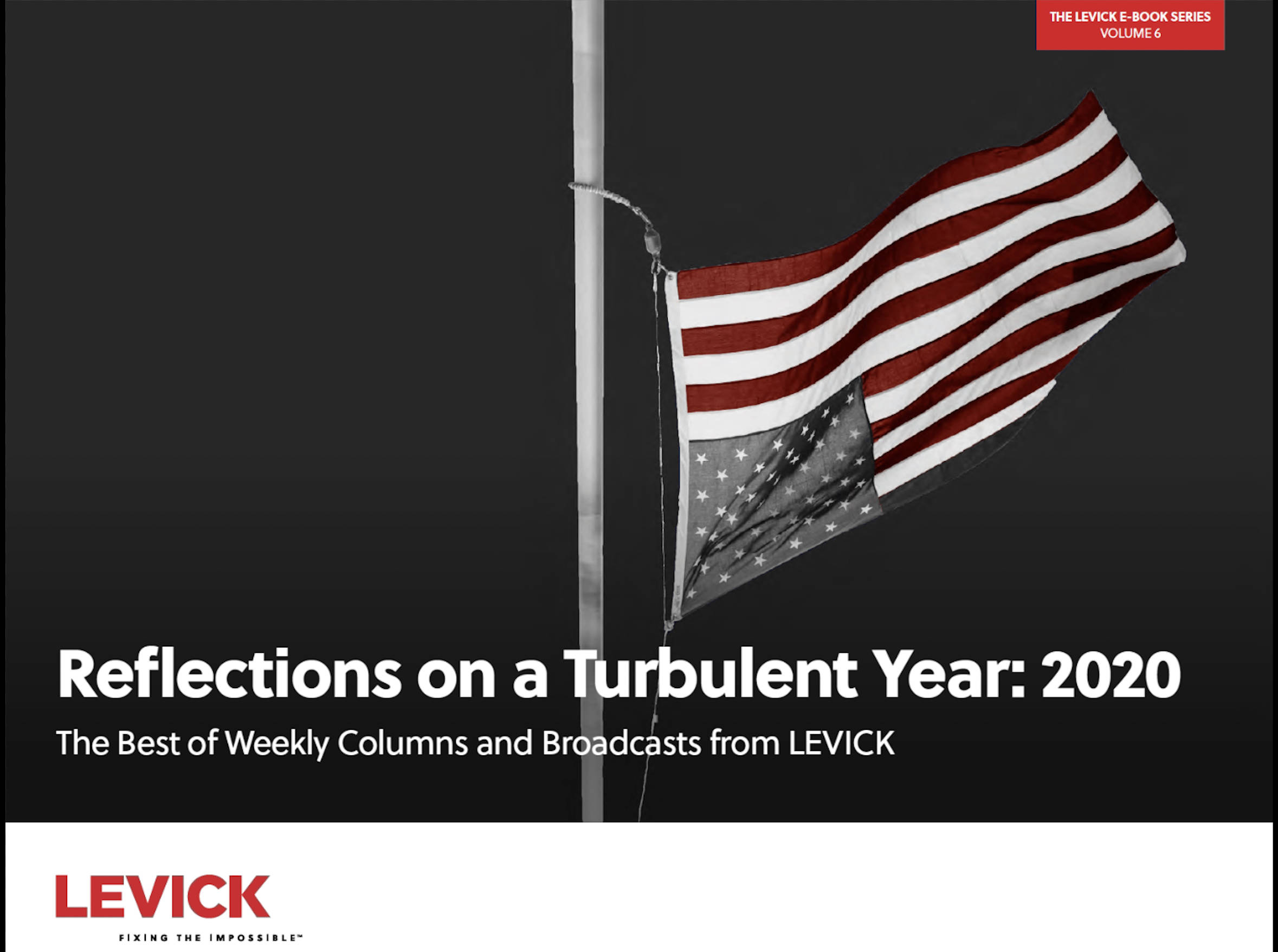 I don’t think I was much older than 10 or 11 and I was at the community pool on a hot summer’s day. As I looked over the hundreds of people, I saw an old man walking and a young woman wading into the pool that I can still see in my mind’s eye. I had already come to understand death due to its unfortunate and all-too-familiar companionship, but aging and the passing of time were foreign to me.

As I tried to understand under the blazing sun the concept of people growing old, it occurred to me – in what I later understood was a Shakespearean way – that each of us had a role to play, with the old man playing an old man; the young woman, a young woman, and me, a child. This is what we were apparently born to do, forever. What did not occur to me and what I still struggle with – as I suspect so many of us do – is that we will play many different roles – with their changing perspectives – over the passage of time. If we are lucky, we will experience each one of them: boundless childhood; youthful emergence; empowering middle age; seniority and wisdom; and in time, mortality, or as the Dalai Lama says, “Ah, death, a change of clothes.”

Accompanying the illusion of boundless youth is its parallel illusion – that all of history has unfolded just for us, for a new generation (in my case, the Age of Aquarius). And so, my youthful thinking went, but for cancer, we had conquered disease. We had found the nirvana of expanding democracy and enfranchised 18-year-olds. We had ended a war in Southeast Asia, not with violence but with our feet, marching by the thousands. We would save the earth starting with Earth Day. Yes, history had unfolded for us and we would live forever, drinking in its rewards.

But in the blink of an eye, five decades have gone by, and all the joys and boundless optimism that came with landing on the moon, the fall of the Berlin Wall, Glasnost and Perestroika, the Civil Rights, Voting Rights and Fair Housing Acts, the euphoria of the election of Barack Obama and all the rest has been impaled by a very dark year that felt like 1918, 1929 and 1968 rolled into one. Would our institutions hold? Would American exceptionalism make a return in time for the development of a vaccine? Would the post-World War II alliances re-emerge for the international cooperation necessary? Would the federal government re-find its raison d’être and provide a social safety net? And what about the deafening echo of nearly 400,000 empty chairs and empty tables?

Over the past year, we have written over 50 columns and recorded more than 200 podcasts with great thought leaders, from civil rights icon Andrew Young to Watergate hero John Dean. Men and women who have stood up at the moments of history and shown so much courage and vision that we still stand on their shoulders.

In the columns it seems we have found our voice. No click bait, over-hyped headlines promising “Ten Crisis Lessons” or “Five Things to Prevent a Cyberbreach,” but instead columns suggesting we “Gather ye rosebuds while ye may” combining deeply personal stories with the news and guests of the day. The idea of this year’s annual eBook is to provide a reflection of the difficult journey we all just took with an eye on what we might be able to do next.

When we were preparing this volume, one of the team members reflected (hence the name of this year’s eBook) on how much has happened in so little time. Few of us imagined in January of 2020 that we would spend the year at home, that offices would become an albatross and Zoom our Jetson-age wristwatch, necessary and miraculous, but overused to the point of carpal tunnel eyeballs from watching too many hours of The Great British Baking Show.

Tragically, we will soon lose more Americans to the pandemic in just over a year than we did in all of World War II. It’s no longer “over there.” And that is where our pre-2020 illusions come crashing down. Pandemics were always caught just in time and if they weren’t, they were far away. Diseases were conquered. Democracy and the peaceful transition of power were taken for granted. Our differences ended at the waters’ edge. The federal government had a purpose that included common defense and a social safety net. Mortgages, access to credit and education offered the hope of collective upwardly mobile movement.

With our illusions shattered, we all now wonder what it will be like to re-emerge some time in 2021. While we spent many columns and broadcasts on getting prepared for the pandemic, we ended the year focusing more on hope and the better angels of our nature.

We had Toni Brinker of One Community USA, the charity that is bridging Black and Blue communities. Seenaa Jimjimo, the Executive Director of the Oromo Legacy Leadership & Advocacy Association (OLLAA). She was born and raised in Africa under an Ethiopian regime that had banned her native language, Oromo, for 50 years. She helped inspire House Resolution 128 on human rights in Ethiopia, which passed in 2018. Freddie Ravel, who played with Earth Wind & Fire, Madonna, Carlos Santana, Prince and so many others. Using the power of music in business to help us find our humanity, be more team-oriented, customer-focused and productive. Serial entrepreneur, Dr. Kyshun Webster, founder of Compassion Society Benefits, a company which innovated and provides caregiver family leave insurance. Bestselling author Martin Lindstrom, who always writes and speaks about common sense in a world suffering from a shortage of it. And, of course, hundreds more.

We are the country of the massacres at Wounded Knee and M˜y Lai; and the murders of George Floyd and Breonna Taylor. We are also the country that pioneered democracy, freedom of worship, the melting pot, the principle of federalism, the consent of the governed, the public school system and so much more. We are who we choose to be.

If we learned anything in 2020, it is that those that came before us, not the least of which were our great grandparents, grandparents and parents, who suffered World War I, the 1918 flu pandemic, the Great Depression, World War II and McCarthyism, were made of hearty stock.

We’ve got this. Together, with abundance. It’s in our DNA. We will get tougher and more resilient. No better time to start than in 2021.