Is This the Moment Ukraine Saves Democracy? 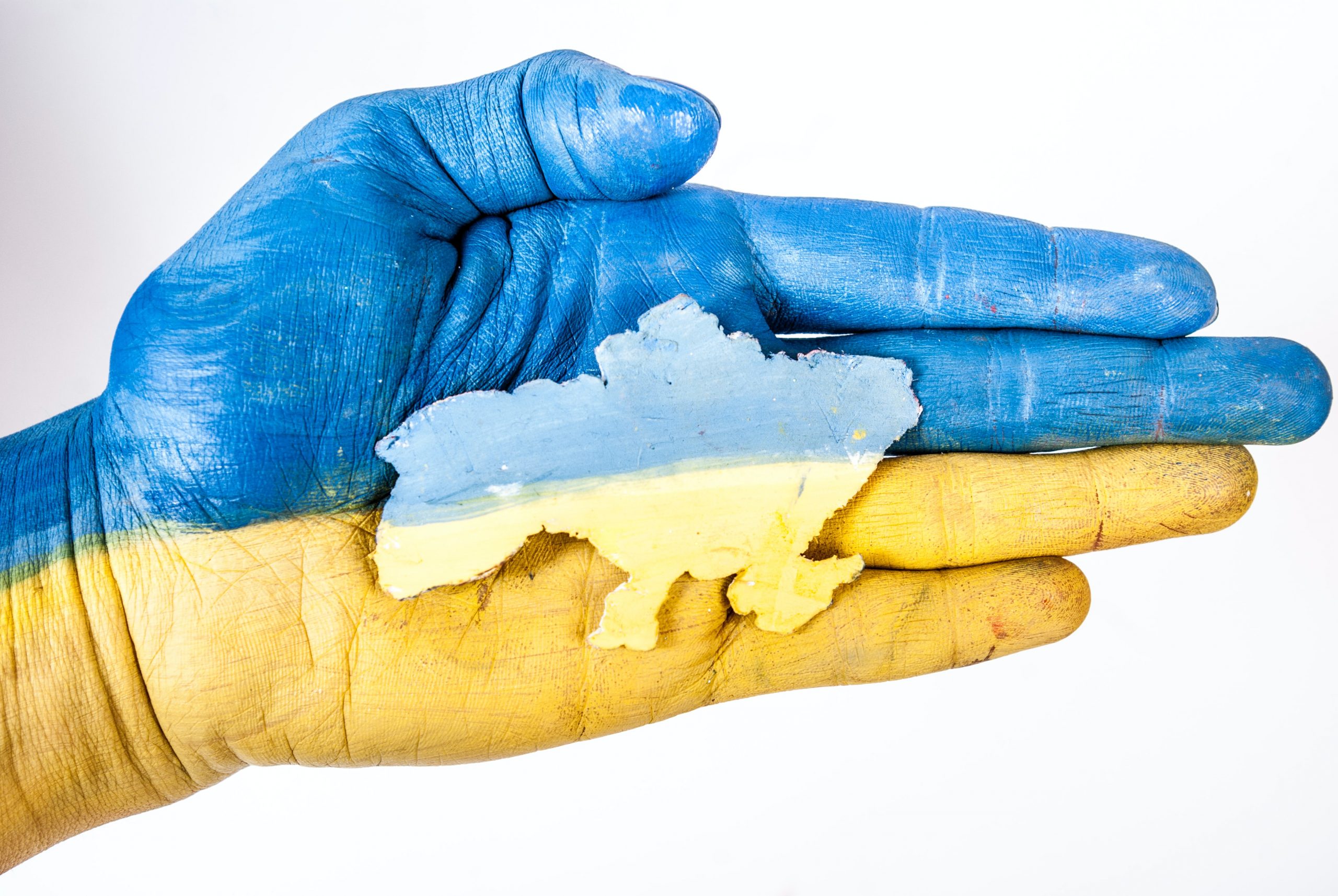 “Russians will ‘see our faces, not our backs.’”

About five years ago while I was preparing for a speech, one of the other speakers approached me, an historian who studied the large, Hegelian dialectics of history—the swings from extremes. Jointly worried about what was then a 10- and now 15-year decline of democracies around the world, she explained that historically, the only way that there has been a turn-around and a return to more normalized times is through extremes—deprivations such as a great depression, plague or a catastrophic, nearly world-wide war. Are we at that moment? When the clarity of evil is so clear and the fear of escalation so great that we are at that instant when unification seems possible?

This is our Cuban Missile Crisis on steroids. Suddenly, nothing else seems as important.

In mere weeks, NATO has become stronger than ever and has recovered all that it lost and more during the America First years. Germany and Sweden have acted instantly and aggressively in ways no past events have inspired them to do, regardless of how much U.S. presidents of both parties pleaded. The historically neutral Swiss have joined EU sanctions. The list of courageous cooperation is near-endless as we witness the power of unified democracies. We are entering a new world of post-Cold War alliances and it may be the silver lining of this tragedy. The start of an Age of Enlightenment?

While war, even nuclear war, is still on the table, we are seeing the power of peaceful sanctions, real-time transparent intelligence, sophisticated cyber defense and isolation.

In Ukraine, a lawyer-turned-actor-turned-comedian-turned-president has moved NATO and the world to action and tears, inspired by a courage not seen since “Tank Man” stood in front of a column of tanks in Tiananmen Square in June of 1989. It is clear that Russia’s invasion is not just a threat to Ukraine but a proxy for the war on democracy. This is, as New York Times bestselling author Frank Bruni pointed out, a moment for us to ask, “Do the times make the man, or does the man make the times?” Either way, this is a moment for all of us to follow the lead of courage and determination.

Over the weekend and early this week, we recorded five shows on In House Warrior, the daily podcast I host for the Corporate Counsel Business Journal on the Ukrainian crisis.

Ukraine: Lessons Not Being Learned

Dr. James Dorsey, an award-winning journalist, Senior Fellow at the National University of Singapore’s Middle East Institute, and Adjunct Senior Fellow at Nanyang Technological University’s S. Rajaratnam School of International Studies, elaborated on his latest article, Ukraine: Lessons Not Being Learned. James argues that Russian President Vladimir Putin’s invasion of Ukraine and the international condemnation it generated contains key lessons for policymakers, lessons that should have been learned in past global crises but weren’t. He focuses on the importance of countries standing up to violations of international law as they occur, with a greater focus on human rights and immigration. James, who has covered the wars in the region over the past several decades, argues that Mr. Putin began the re-creation of his Russian world in 2008 when he recognized the two Georgian breakaway republics of Abkhazia and North Ossetia and that he was emboldened by a lack of unified international condemnation.

The Ukraine Crisis Requires an Immediate Assessment of IP Risks

Rob Sterne, a director of Sterne Kessler in the Electronics Practice Group and co-chair of the firm’s Patent Office Litigation Practice, spoke about his latest weekly letter, this one on the Ukraine crisis and the unique IP risks it presents. He points out that the Ukraine crisis requires an immediate assessment of a company’s IP risks associated with the R&D, manufacturing, supply and distribution chains of enterprises. The enterprise IP professional must work with their management counterparts and consultants in examining their IP plan to understand and make recommendations to senior management about the detected risks due to these unprecedented world events. This IP plan assessment will provide senior management with a risk map and possible strategies and tactics for risk reductions. His advice to in-house counsel is that nearly every aspect of the enterprise is going to be impacted, so you need to act now. To subscribe to his insider letter, you can email Rob at [email protected].

The Ukraine, The GOP and Judge Ketanji Brown Jackson

Marc Fisher, a senior editor of The Washington Post spoke about two pressing issues: the trap the GOP laid for itself by abandoning its seven-decades long rock-solid position on Russia—then the Soviet Union—as America’s chief enemy, untrustworthy and anti-freedom, and how it instead embraced Donald Trump’s “America First” rhetoric and his policies of stepping back from NATO and other U.S. alliances with Western democracies. He also delves deeply into the remarkable history of U.S. Supreme Court nominee Ketanji Brown Jackson and how she, throughout her entire life, found a path between confrontation and compromise.

Ibrahim Al-Assil, Senior Fellow at the Middle East Institute, provides a view of the Russian invasion of Ukraine from the Middle East perspective. He discusses the fascinating implications of the UAE’s abstention on the UN vote; the impact of the loss of trust by regional countries as a result of the failure of the United States to uphold its promise on the “red line” regarding the use of chemical weapons by Syria; the impact of radically changing positions by different U.S. administrations; U.S. relations with the UAE, Israel, Qatar and other countries in the region; China and India’s strategies and more.

From Russia with Monopolies

Garphil Julien, a Research Associate at the Open Markets Institute, elaborates on his recent article in The Washington Monthly, From Russia, With Monopolies. He discusses the supply chain impacts that will reverberate on the West and Europe as a result of sanctions on Russia due to the invasion of Ukraine. While severe sanctions appear to be working, Russia will retaliate in areas where they have near global monopolies including energy, especially natural gas, and the raw materials for the global fertilizer market. This will in turn dramatically inflate the price of energy and food. Will Americans and Europeans, who are applauding the bloodless weapons the U.S., NATO and other countries are using, be patient and understanding enough when food and energy prices become volatile and green energy—at least for a period of time—becomes a luxury?

As Winston Churchill said when working to form the United Nations after World War II, “Never let a good crisis go to waste.”

Listen to Ukraine: Lessons Not Being Learned

Listen to The Ukraine, The GOP and Judge Ketanji Brown Jackson

Listen to From Russia with Monopolies