How to Become Clairvoyant 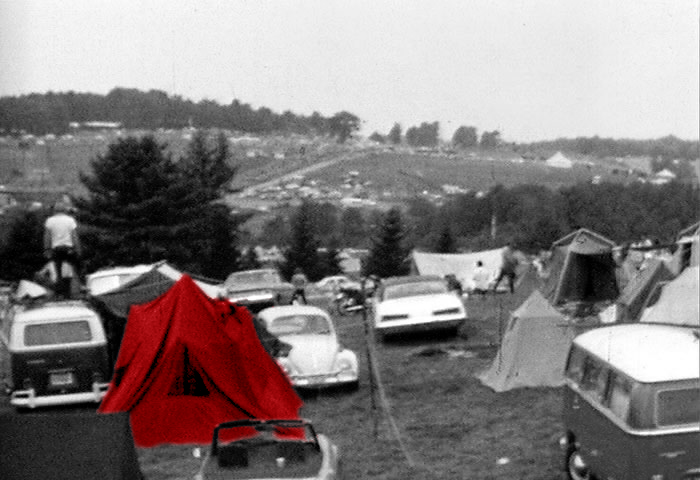 This week’s guest columnist is Patrick M. Dransfield, published author, photographer and senior executive based in Hong Kong SAR and working in Asia and the Middle East. He is currently principal of Clearway Communications HK Ltd. and co-founder of their Managing Partners’ Club (MPC).

– Robbie Robertson, from the album ‘How to Become Clairvoyant’

The two rock concerts that define the 1960s took place within four months of each other, included the same organizers and comprised the same counterculture audiences. The results, and their subsequent mythologies, could not be more different, and parsing the reasons why each ended where they did provides some clues as to the importance of motivation and community in both company and law firm management. The first musical event was Woodstock, an ‘Aquarian’ festival organized by Michael Lang and Artie Komfeld and held between August 15 and 18, 1969, at Max Yasgur’s dairy farm in Bethel, New York State. Woodstock needs little introduction as it has become a byword for ‘love, peace and human understanding.’ The redemptive force of popular music for the good of humanity is exemplified by the eponymous song by Joni Mitchel, who by her own admission never actually made it to the concert proper. The second is Altamont ‘Speedway’ Free Festival, held in northern California on Saturday December 6, 1969. Altamont was also organized in part by Michael Lang but is chiefly remembered in the context of the dark forces also associated with rock music and for its considerable violence, including the fateful stabbing of Meredith Hunter and three other violent deaths.

In point of fact, both gatherings could have ended badly. Both were ambitious in the sense that they were conceived to be epoch-making and the prevailing atmospheres, one good and one bad, were all-enveloping for those living through the experience. Behind the glossy double album cover, Woodstock was a humanitarian disaster waiting to happen. The organizers had expected no more than 50,000 and, as a consequence of poor and rushed logistical planning, ended up publicizing a free concert that attracted in excess of 400,000. What saved Woodstock was a combination of kindnesses. Firstly, the organizers– college-aged middle class, urban Jewish men– were to a large degree swept up in the Zeitgeist of the counterculture and were motivated by a genuine desire to provide a ‘happening’ of love and enlightening entertainment. As the occupancy of the dairy pastures expanded from the expected tens to hundreds of thousands, the organizers extemporized. The highly controversial choice of flying in at great expense from northern California the Hog Farm Commune, a ‘mobile hallucination-extended family’ under the benign leadership of former clown Wavy Gravy, as security proved to be God sent. The Hog Farmers by their own volition organized a free kitchen and worked like dervishes to re-hydrate and generally comfort those taken ill during the concert. Their tireless but genuinely altruistic attitude was in complete sympathy with the over-arching Aquarian message of Woodstock: people had shown up to celebrate love, peace and bask in the counterculture community after all. Middle-aged farmer and site owner Max Yasgur and the good people of Bethel, a small and intimate rural community comprised of conservative people with a small ‘c’, could have reacted like their less generous neighbours in Wallkill and turned their collective back. Instead, they projected onto these young people with their long hair their own sons and daughters and even grandchildren, and actively helped provide food and basics to the concert attendees when it was clear that the festival was spiraling out of control. Someone even contacted the nearby military training academy West Point and army helicopters delivered more than 1,300 pounds of food, including 10,000 sandwiches prepared by the folk of Bethel as well as medical personnel and also flew out the sick and injured to local hospitals. Indeed, the whole community reacted to help bring what was teetering on the edge of a humanitarian disaster to the success that is remembered today. (The good people of Bethel and Max Yasgur did not invite the festival back the following year, mind, proving it is also important to learn from experience).

Altamont on the other hand, while being a gathering of essentially the same Aquarian folk in the same year and even involving the same organizer in the form of Michael Lang, did not engage with a wider community (Altamont was just a speedway track), was ‘policed’ by Hells Angels armed with knives and guns (a greater contrast to Wavy Gravy and his Hog Farm Community could not be imagined), and its intention was not a celebration of peace and harmony but more to place a spotlight on one band and one person and celebrate the darker and more demonic aspects of rock culture: Altamont was essentially the vehicle for the Rolling Stones in their incarnation as ‘their Satanic Majesties’ with Mick Jagger fatefully delaying his entrance as Lucifer for the track of ‘Sympathy for the Devil’ to help build drama and tension.

Two events held during the same year with essentially the same audience had come to very different endings. Both resonate to this day. Woodstock, of brightness, peace and love; Altamont, a byword for all things dark and murderous. I have long pondered on the fact that while most traditional law firms have a similar brass plate on the door and are inevitably made up of the same ingredients (i.e., trained lawyers), they can vary dramatically in how it feels to be working within them. To me, these key differentials are defined by leadership, culture and community engagement. Over the next few weeks, I will be exploring these three aspects that comprise the international law firm and wider society with various subject matter experts, as well as lawyers with hands-on experience of international law firm management.

In ‘normal’ times, a bad law firm culture matters less, as there is at least the presumption that one can escape– either to another law firm (probably experiencing the same over-arching misery) or at least take some comfort in the community of people in the physical office that share the burden. But the ‘New Paradigm’ of COVID-19, with law firm workers spread far and wide and in wildly different home life circumstances, the idea of escape to another reality, or even temporary relief, can seem an impossibility. To be sure, COVID-19 has revealed some surprising successes relating to office work and the continuing function of corporate society in general. Yuval Noah Harari, the historian, philosopher and best-selling author, has pointed out that the essential infrastructure of electricity, water, food and the internet has held together– so far (he does challenge our complacency in the same Financial Times article by positing the point that the new crisis facing humanity may well be in the form of malware that brings down the internet).

What has been less commented on traditionally in legal management circles is the crucial role of empathy and understanding– important for all of us, but especially for those in leadership positions. Here’s what the late David Miles, former executive committee member of Latham & Watkins, said about the importance of law firm culture: “Law firm culture is hugely influential and important. There is a direct correlation between the right culture and a successful firm”. Understanding firm culture in international partnerships has become even more emphatic as a consequence of COVID-19. Looking at the fates of Bill Michael, ex-boss at KPMG, and Kevin Sneader, recently fired from the position of managing partner at McKinsey, we can surmise that the running of enormous international partnerships is fraught with personal risk and even corporate failure for those tasked to do it. International law firm partnership leaders may well nod in recognition at Kevin Sneader’s dilemma in particular as McKinsey insiders share that the challenge is how to impose a corporate structure on an expanding partnership without throwing one’s weight around. The difficulty of ‘physician, heal thyself!’ seems especially relevant to McKinsey as the firm’s raison d’etre is to sell management solutions to large corporations. The tools of the trade are, like law firms, comprised of insecure overachievers recently graphically described as ‘the self-harming elite’; the difference being that the law firm manager has also to contend with the fact that many of her charges were probably bullied at school.

While most senior lawyers have successfully transferred much of their working life to comfortable and work-inducing home environments, this is by no means true for everyone and a ‘one size fits all’ mentality is just not going to cut it if the objective is to maintain a robust and sustainable law firm culture across diverse geographies. While there are indeed advantages to the bottom line for companies having their workers no longer enshrined in expensive real estate, there is also much relating to human interaction and creativity that the traditional office environment managed to enable. We all miss those ‘water cooler’ conversations. But realistically, even with the roll out of COVID-19 vaccines, there will be a period of indeterminate length where remote working will still be a daily reality for many of us. We need to make it work, and work better.

So, what is a poor law firm manager to do? The first step on the path is to recognize that there is a problem. The second is to seek advice. Some of the firm’s clients may well have something to teach– as so many prove to be thicker-skinned and tougher than their advisors. And, in the same spirit that law firm management guru Mitch Kowalski has categorized ‘law as a team sport’, I will seek insights and practical solutions from a diverse bunch of people– not just lawyers with practical experience of senior management, but also knowledge management experts, real estate project managers and other insiders. We may not have all the answers yet, but by setting the right questions and engaging in fruitful and diverse discussions, we can hopefully enable some useful insights. So, how to become clairvoyant? The first step is to have the faith and humanity to try.

PrevPREVIOUSLessons on Transformational Leadership from Dr. Gregory House
NEXTThe Importance of Having a Re-Founder Mentality & EmpathyNext