Warning: Trying to access array offset on value of type bool in /home/levick/www/www/wp-content/plugins/elementor-pro/modules/dynamic-tags/tags/post-featured-image.php on line 36
 Equal Justice Under Law – LEVICK

Ruth Bader Ginsburg is why I went to law school. Well, that’s not fully accurate. As a formative adolescent in the late 1960s and early 1970s, I did not know her name but I knew her work, at least generally, as a law professor volunteering for the ACLU and arguing before the Supreme Court. I knew what the ACLU was doing, and Thurgood Marshall and Bobby Kennedy and I knew I wanted to be a lawyer.

Lawyers had the power to make things better. Equal justice under law, the phrase engraved above the front entrance of the United States Supreme Court, says it all. Using the law degree to write contracts or merge companies never seemed anywhere near as important as the capacity to make the world a better place. And that is precisely what Justice Ginsburg did, before and during her time on the Supreme Court, and, if she has her way, as I am sure she will, in heaven, too.

Some of her most glorious quotes:

“The most effective dissent spells out differences without jeopardizing collegiality or public respect for and confidence in the judiciary.”

“I ask no favor for my sex. All I ask of our brethren is that they take their feet off our necks.” 1973, the first time she appeared before the court, quoting 19th century abolitionist and women’s rights activist Sarah Grimke.

“What is the difference between a bookkeeper in New York’s garment district and a Supreme Court Justice? Just one generation, my mother’s life and mine bear witness. Where else but America could that happen?”

“’We the People’” expanded to include all of humankind, to embrace all the people of this great nation. Our motto, E Pluribus Unum, of many one, signals our appreciation that we are the richer for the religious, ethnic, and racial diversity of our citizens.”

“In striving to drain dry the waters of prejudice and oppression, we must rely on measures of our own creation – upon the wisdom of our laws and the decency of our institutions, upon our reasoning minds and our feeling hearts.”

Listen to a Special Report of the In House Warrior podcast with The Washington Post’s James Hohmann for an in-depth look at the fight to fill the Supreme Court seat. 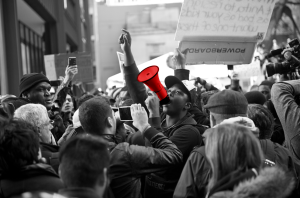 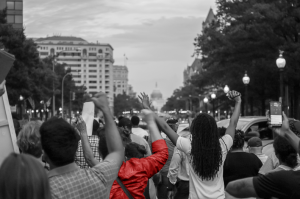