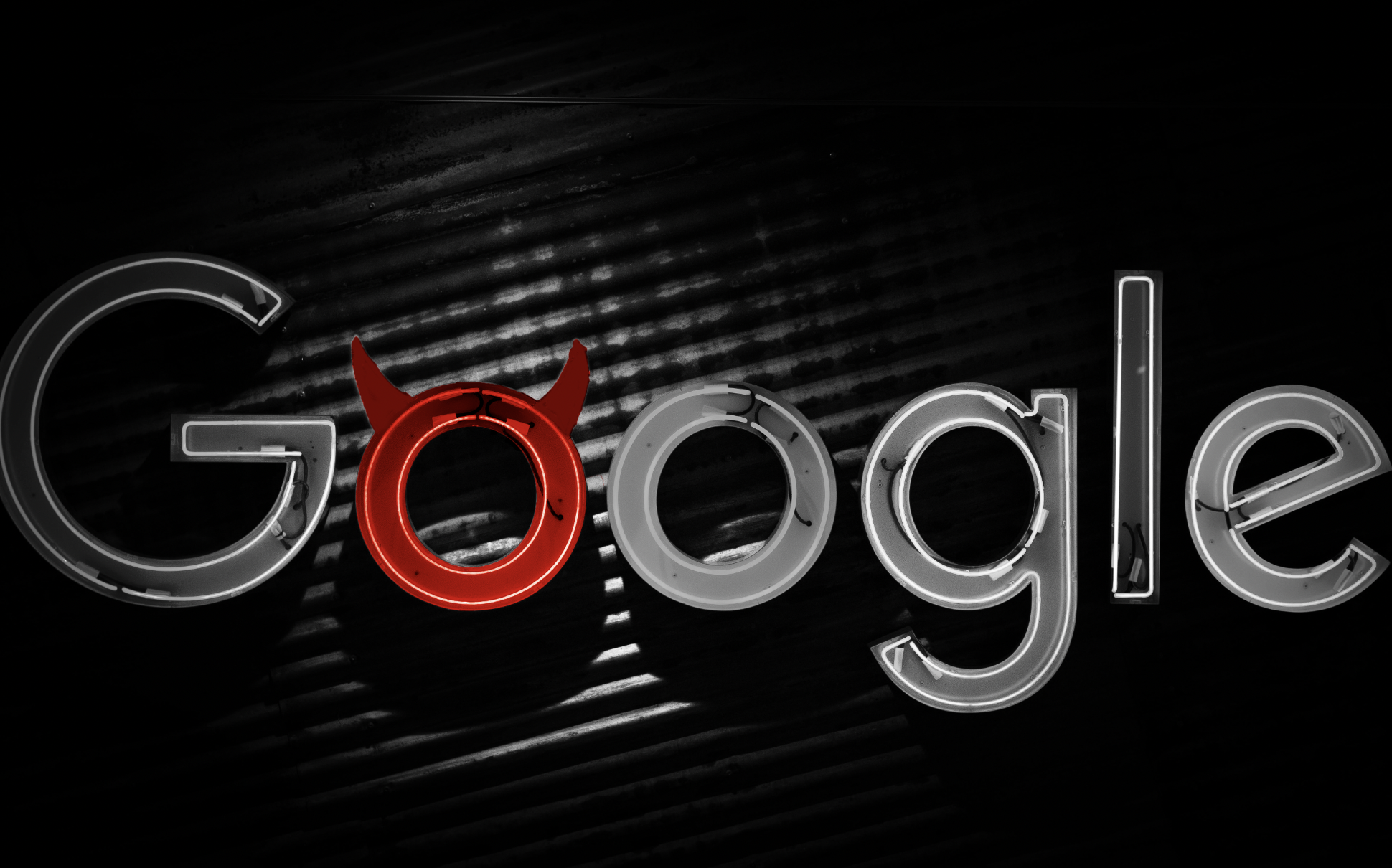 – Abraham Lincoln, after the battle of Fredericksburg, 1862

“In spite of everything
I still believe that people are really good at heart.”

– Anne Frank, writing in her diary weeks before her capture, 1944

In the spring of 1995, WIRED magazine’s Executive Editor Kevin Kelly met with author and Luddite sympathizer Kirkpatrick Sale to interview him on his forthcoming book, Rebels Against The Future: The Luddites And Their War On The Industrial Revolution: Lessons For The Computer Age.

Describing early 1995 feels virtually unrecognizable now, like the conversations we used to have with our grandparents when they described the transition from horse and buggy to automobiles. We would wonder, “How did they do it?”

In 1995, almost no one had a mobile phone. Amazon was less than a year old, selling only books; there was no talk of profit, and they were burning through capital. Apple was struggling to survive and taking out full page newspaper advertisements to build its tribe.

It was just six years after the fall of the Berlin Wall and barely three since the Soviet Union had collapsed. Google was more than three years from being founded, and when it was, no one laughed at its original tag line, “Don’t be evil.” The Soviet Union—the original “Evil Empire”—had collapsed at the end of 1991 and capitalism had been declared the winner. It was a time of extraordinary hope in the West. We were intoxicated by the feeling that all things were possible.

Getting on the internet was well-nigh spiritual in those days and almost always included this dial up sound from AOL. Every online experience seemed virginal.

Our first internet experiences felt like the days of CB radio. It was the Wild West, and in a few keystrokes, you could be communicating with someone in a foreign country. For a generation used to exorbitant long distance telephone rates, this was almost as exciting as that astonishing moment in 1876 when Alexander Graham Bell shouted to his assistant Thomas Watson after the successful invention of the telephone, “Mr. Watson, Come Here, I need you.” The Eagle had indeed landed, but this time, in all of our homes.

The internet was a great promise that seemed to make the world smaller and more accessible all at once. And that is what Kevin Kelly believed when he interviewed Sale, who, conversely, believed society was on the verge of collapse. Kelly hated Sale’s book and lured Sale into a $1000 bet that, “In the year 2020, we’re not even close to the kind of disaster you describe.”

Twenty-five years have come and gone, and on December 31, 2020, Bill Patrick, WIRED Editor, declared Kelly the winner, “But it’s a squeaker and not much cause for celebration.”

If you had asked me in 1995, I would have taken Kelly’s bet to be a certainty. Today? I wouldn’t take that bet at all. How many friends do you know who historically supported gun control but have recently whispered to you about the purchase of a firearm or their plans to? This is not the exhilarating spring of 1995.

The battle of Fredericksburg was fought in mid-December 1862 and was a horrifically bloody set back among many for the Union Army. There were 12,653 Union casualties to 4,201 for the Confederates. It was the second year of the Civil War, and it was not going well for the North.

As for Lincoln’s leadership, Senator Zachariah Chandler, a radical Republican, wrote, “The President is a weak man, too weak for the occasion…”

Lincoln received almost daily letters from grieving mothers, sisters and widows, which weighed on him so heavily that he was once found by his son Robert hunched over his desk, crying.

However great the tragedy of the Battle of Fredericksburg, the bloodiest days were ahead—Gettysburg, Chickamauga, Spotsylvania and Cold Harbor to name but a few. We would lose roughly 2% of the American population—that is, proportionally, ten times greater than current U.S. losses to Covid-19. The pain of these four years is instantly evident from the photos of Lincoln’s face, aging from young man to old in just four years.

Who would have thought that one of the things keeping us sleepless at night would be the question, “Does democracy survive the Internet Age?” Is it a force for good or is it tearing us apart at the seams? Absurd rumors take on the authority of fact and become rallying cries. Criticism, once limited to a personal conversation or sometimes no conversation at all other than a monologue in our heads, has been given as much of a platform as Gutenberg.

The National Butterfly Center in Texas has had to close, as it is the latest focus of absurd conspiracy theories about child sex trafficking, and book banning is back in vogue. To Kill a Mockingbird, by Harper Lee; Maus, by Art Spiegelman; The Bluest Eye, by Toni Morrison; Heather Has Two Mommies, by Lesléa Newman; The Hate U Give, by Angie Thomas, to name just a few, with hundreds more on watch lists and endangered. It can’t happen here?

What hath the Internet Age wrought? It has brought us more information in a day than our grandparents had in a year while simultaneously shredding our notions of free speech. And this is just the threat from state and local governments and our fellow citizens. What about dangerous nation state actors and cyber criminals?

So here we are, at the emotional crossroads somewhere between Lincoln’s despair after the Battle of Fredericksburg and Anne Frank’s indefatigable hope in the summer of 1944.

Over the past week, I interviewed three experts on security and cybersecurity—dedicated to keeping us safe—for the daily podcast, In House Warrior that I host for the Corporate Counsel Business Journal, along with two thought leaders on Covid-19 and law firm management.

The New Paradigms in Security

Roderick Jones, formerly of Scotland Yard’s Special Branch and the Executive Chairman of Concentric—which provides comprehensive security programs for high-growth Silicon Valley companies, High-Net Worth Individuals (HNWI) and others—joined me for a show. He spoke about the shift from international to domestic threats, the frightening rise of “leadership resistance,” escalating online security threats, the importance of sentiment analysis, the increased use of the dark web by extremists and what we can do to protect ourselves.

Cybersecurity is No Longer Just an IT Issue

Peter Halprin, a partner in Pasich LLP’s New York office and a faculty member with the Global Cyber Institute, spoke about the proliferation of cyber and ransomware attacks and how in-house legal departments are taking on a larger role in cybersecurity efforts. He focused on the critical questions general counsels need to ask themselves, including how are we protecting the company; what do we do if we’re hacked and how are we going to pay for this? Most importantly, Peter discussed why in-house counsel need to treat cyber-attacks as inevitabilities.

Jeremy Berkowitz, Senior Principal on Promontory Financial Group’s privacy and data protection team (part of IBM Consulting), provided a guide to privacy issues. He discussed the current landscape of privacy legislation in the U.S., including California, Virginia and Colorado; potential action by the FTC, CFPB and other agencies on privacy rulemakings; the biggest challenges organizations face in building privacy programs; what an ideal privacy governance structure looks like and the privacy-related issues to watch out for in 2022.

It is hard to imagine this period of time without discussing Covid-19, so Judi Curry joined me for a conversation. She is the Senior and Managing Partner of the New York City office and Co-Leader of the Medical and Life Sciences Industry Team at Harris Beach PLLC, as well as a member of Berkley Life Sciences’ Elite Defense Counsel. She discussed which coronavirus vaccine has been approved by the FDA and which ones have been approved under an FDA Emergency Use Authorization; who is immune from liability for vaccines under federal laws and the limitations on immunity from liability; what healthcare providers, hospitals and pharmaceutical companies can do to protect themselves from coronavirus-related lawsuits; and the most recent U.S. Supreme Court rulings on vaccine mandates.

The Trusted Advisor – Up Close with Brad Hildebrandt

For our law firm readers and listeners, my old friend, Brad Hildebrandt, the founding father of management consulting for the legal profession, joined me for a conversation on what law firms should be doing and thinking during this challenging period. Brad discussed current pressing law firm challenges such as finding and keeping talent, culture, and the technology race. Brad’s extensive knowledge of the legal profession and his unique understanding of the dynamics of professional services firms have led him to become the leading global authority on the business of the practice of law the world over. He is also an ordained Lutheran minister with a master’s degree in theology, training that seems remarkably relevant today.

Saying Goodbye to a Legal Giant

Over the course of the past week, Professor Yale Kamisar, known as the “Father of the Miranda Rule” and cited in more than 30 U.S. Supreme Court cases including Gideon v. Wainwright—the right to counsel—passed away at age 92. He helped shape modern criminal procedure, including protections for the rights of the accused.

I never knew Professor Kamisar but recall reading him extensively in law school, since I spent so much time doing scholarship for the late criminal law scholar Nicholas Kittrie—another legal luminary whose work had influenced me long before law school.

Jeffrey Lehman, the vice chancellor of N.Y.U. Shanghai, who studied under Professor Kamisar and later served as dean of the University of Michigan Law School, said of Professor Kamisar, “He used to talk about himself as a young kid playing stickball in the Bronx, being picked on by cops. And that is sort of what led to his interest in law, as a way to regulate the behavior of powerful people.”

Eve Primus, who also studied under Professor Kamisar and now holds a chair in his name at the University of Michigan Law School, said, “There was this period of police brutalization of predominantly Black and brown people, especially in the South. Yale, being the person that he was, understood that there were opportunities to move law forward.”

He was a man of the moment and significantly influenced the 1960s and 1970s Supreme Court, under Chief Justice Earl Warren, that was examining civil liberties with fresh eyes. One person out of many, making an extraordinary difference.

How appropriate that we are celebrating the 137th birthday this week of author Sinclair Lewis, who wrote, among other classis, It Can’t Happen Here, a cautionary tale about the fragility of democracy.

It can happen here. With Yale Kamisar as part of our inspiration, let us do everything we can to keep the great disruption at bay.

Listen to The New Paradigms in Security

Listen to Cybersecurity is No Longer Just an IT Issue

Listen to The Evolving World of Covid Vaccine Liability Immunity

Listen to The Trusted Advisor