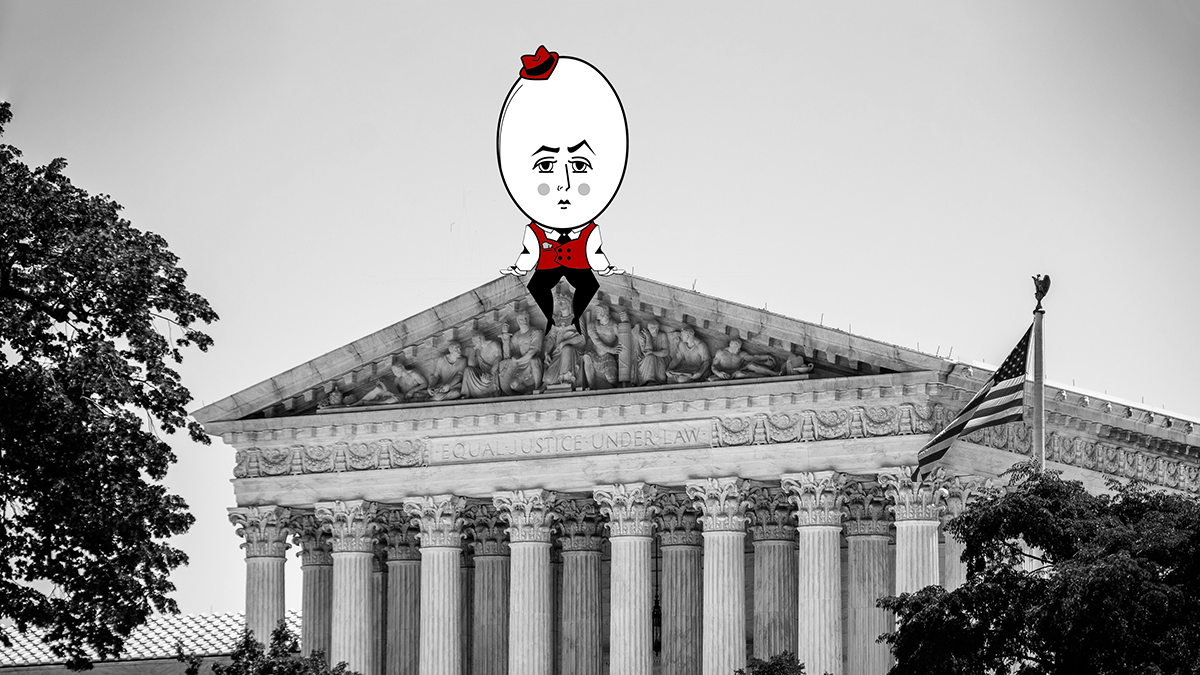 “When there is a lack of honor in government,
the morals of the whole people are poisoned.”

In honor of Independence Day and our 500th podcast we dedicate it to the memory of James Chaney, Andrew Goodman and Michael Schwerner, the three Freedom Summer organizers murdered, June 1964.

I spent much of the July 4th holiday reading excerpts from speeches by American patriots, which sets the table for today’s column.

So much happened at the end of the most recent U.S. Supreme Court term that we are still digesting. It will take years—and endless litigation—to get our minds around it all.

In response, we are airing a series of programs on the daily podcast In House Warrior that I host for the Corporate Counsel Business Journal with lawyers and law professors to help absorb the extreme changes that have already begun to impact our collective lives. Our first show on the term appeared in last week’s issue, with Nicholas Nelson, an experienced litigator in the U.S. Supreme Court and appellate courts nationwide and Counsel at Faegre Drinker.

Of the two things that strike me the most about the series of earthshattering rulings, the first is Justice Clarence Thomas’s concurrence in Dobbs v. Jackson Women’s Health Organization, in which he cites 11 of his own opinions, 10 of them solo dissents in which no one—not even one of the other conservative justices—joined him. In his Dobbs concurrence, he argues that overthrowing nearly 50 years of settled law and Roe v. Wade was not enough. He suggests that the Court reconsider marriage equality, LGBTQ rights, access to contraception, privacy and substantive due process—the doctrine which allows courts to establish and protect certain fundamental rights from government interference, even if the rights are not enumerated elsewhere in the U.S. Constitution.

Justice Thomas is more honest than his brethren, Justice Samuel Alito, who wrote that Dobbs is limited to Roe. All of these cases are built upon each other—and they are a stone’s throw from the 14th Amendment. You cannot pull the Dobbs thread as written without pulling at all of these rights.

The second is the irony of Justice Thomas’s call to review Obergefell v. Hodges—the right to same sex marriage. Obergefell cites Loving v. Virginia—the landmark 1967 unanimous civil rights decision where the Court ruled that laws banning interracial marriage violate the Equal Protection and Due Process Clauses of the Fourteenth Amendment—no less than three times. Of all the things Ginni Thomas is losing sleep over these days, I wonder if this is on her radar?

Following Justice Thomas’ reasoning to its logical conclusion is as frightening as it is honest. Over 30 years he has, largely alone, written dissents which now serve as his guidepost instead of stare decisis. In other words, he does not look to 246 years of jurisprudence for direction, but in the mirror.

For companies trying to adjust to the speed and depth of legal changes, the best advice I can give is to study three decades of Justice Thomas’ dissenting opinions. He has gone from “the silent Justice” to arguably the most powerful, and in his dissents are the tea leaves of what is to come.

I very much appreciate that as of this writing, 119 U.S. companies—from American Express to Starbucks—have expanded their reproductive health benefits or offered travel reimbursement to employees in states with partial or full abortion bans. Others can learn more about options on the Rhia Ventures website. But at the speed with which this Court substitutes stare Thomas for stare decisis on a host of issues, how do companies hope to remain true to their missions and keep employees, customers and shareholders happy without being thrust into the political melee?

Five days after John F. Kennedy’s assassination, President Lyndon Johnson told Congress: “No memorial oration or eulogy could more eloquently honor President Kennedy’s memory than the earliest possible passage of the civil rights bill for which he fought so long.”

And so he did. Johnson celebrated the bill’s deep bipartisan support, which passed with more than two thirds of the lawmakers in Congress. On July 2nd, 1964, President Johnson signed the Civil Rights Act into law. He went on television shortly thereafter “to talk to you about what that law means to every American.”

“One hundred and eighty-eight years ago this week, a small band of valiant men began a long struggle for freedom. They pledged their lives, their fortunes, and their sacred honor not only to found a nation, but to forge an ideal of freedom—not only for political independence, but for personal liberty; not only to eliminate foreign rule, but to establish the rule of justice in the affairs of men.

Those who founded our country knew that freedom would be secure only if each generation fought to renew and enlarge its meaning…. Americans of every race and color have died in battle to protect our freedom. Americans of every race and color have worked to build a nation of widening opportunities. Now our generation of Americans has been called on to continue the unending search for justice within our own borders.

The purpose of the law is simple. It does not restrict the freedom of any American, so long as he respects the rights of others. It does not give special treatment to any citizen…. It does say that…those who are equal before God shall now also be equal in the polling booths, in the classrooms, in the factories, and in hotels, restaurants, movie theaters, and other places that provide service to the public.

We will achieve these goals because most Americans are law-abiding citizens who want to do what is right. My fellow citizens, we have come now to a time of testing. We must not fail.”

In celebration of our 500th In House Warrior program, (now ranked as one of the top 15% of all podcasts globally), I interviewed former federal prosecutor and former President of the Black Women Lawyers of Greater Chicago, Kalia Coleman, a partner with Riley Safer Holmes & Cancila. From childhood she was inspired by Justice Thurgood Marshall and the Brown v. Board of Education decision, which she first learned about in sixth grade. It was, as she put it, “the first time I understood the power of persuasion that a lawyer possesses.” She also discussed the significant influence her partner, Judge Patricia Brown Holmes, and the appointment and confirmation of Supreme Court Justice Ketanji Brown Jackson have had on her life.

These bells cannot be unrung.

“It is rather for us to be here dedicated to the great task remaining before us — that from these honored dead we take increased devotion to that cause for which they gave the last full measure of devotion — that we here highly resolve that these dead shall not have died in vain — that this nation, under God, shall have a new birth of freedom — and that government of the people, by the people, for the people, shall not perish from the earth.”
– Abraham Lincoln, Gettysburg Address November 19, 1863

This week’s podcasts include:

A New Approach to IP

PrevPREVIOUSA Star Chamber? Is the 14th Amendment Next?
NEXT“You Cannot Cry All the Time”Next